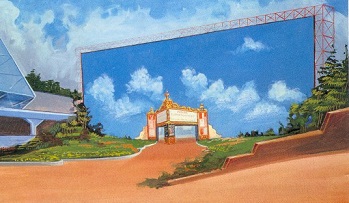 What Could Have Been: The Great Movie Ride as a pavilion at EPCOT Center.

Below is a list of the handprint/footprint imprints located in front of the attraction that are of the celebrities that visited the park (with some of them being fictional characters). In total, there are 107 imprints note As some of the celebrities also had family members put there's in as well., and the dates of the imprints vary from 1988 (before the park even opened) to 1999. It has been confirmed that the handprints along with the Chinese Theater facade will remain with the Mickey and Minnie's Runaway Railway ride.