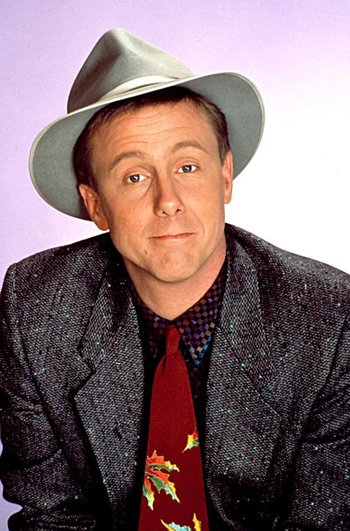 Harold Laverne Anderson (October 14, 1952 – April 16, 2018) was an American actor, comedian and magician. He is best know for the role of Judge Harry Stone on Night Court and as Dave Barry on Dave's World. He also appeared as Harry "The Hat" Giles on Cheers, portrayed Richie Tozier on It (1990) and made several appearances on Saturday Night Live.

On April 16, 2018, Anderson passed away in his sleep of a stroke, due to heart disease and influenza.