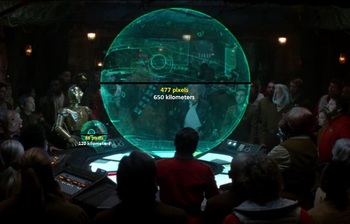 On the left, the Death Star. On the right, the Starkiller Base.