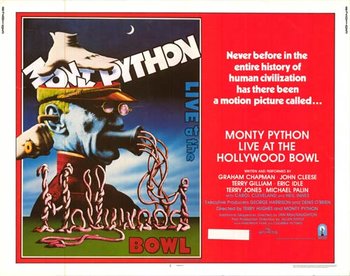 Filmed in 1980 and released in theaters two years later, Monty Python Live at the Hollywood Bowl is a live show filmed at the, you guessed it, Hollywood Bowl in California. Starring the six Pythons, Carol Cleveland and musician Neil Innes, the show recreated some of their most famous sketches, often with a twist, and also added some new material, as well as some of the footage from the German episodes.