Literature / The Tales of Beedle the Bard 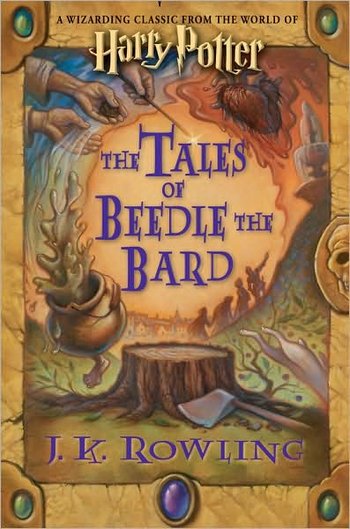 The tales are as follows:

The tales are interspersed with commentary by Albus Dumbledore. J.K. Rowling herself said that The Pardoner's Tale may have provided inspiration for "The Tale of the Three Brothers". Said Tale was adapted as an independent short film in 2014 with J.K. Rowling's permission.

The Tales of Beedle the Bard provides examples of the following tropes: