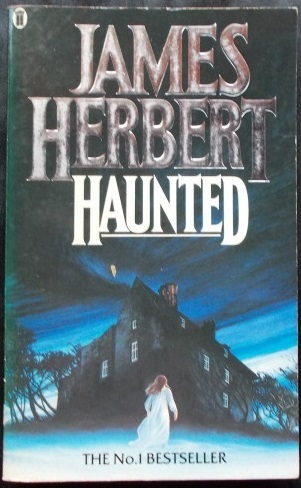 David Ash, after the death of his sister, has spent his entire life trying to disprove the existence of ghosts. He is invited to spend some time with the Mariell family to comfort their panicking nanny. With her declining health, she seems convinced that the ghost of the adult siblings' dead mother is haunting the Manor.

As David investigates he starts to come across happenings that go against everything he believes in and things start getting strange and he can't keep blaming it on practical jokes for long... while being overly suspicious of the siblings, Christina, Simon and Robert, he finds himself quickly drawn to Christina which Robert doesn't seem very fond of.

A book by James Herbert, it was adapted into a film in 1995 directed by Lewis Gilbert starring Aidan Quinn and Kate Beckinsale. Major plot points were changed between the novel and the film; reading the book doesn't spoil the film, and vice versa. The key element is the same but the backstory is incredibly different.