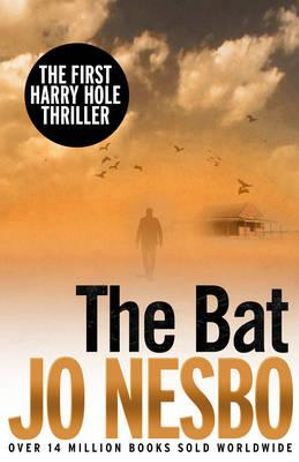 Harry Holenote pronounced HOO-leh is the protagonist in a series of crime thrillers by the Norwegian author Jo Nesbø. A detective in the Oslo Police Department, Harry is usually tolerated by his superiors and colleagues despite his habitual alcoholism and unorthodox methods because he is a brilliant detective. The first two novels in the series are set in respectively Australia and Thailand, while all the subsequent ones largely take place in and around Oslo. The series has been translated into several languages, reaching bestseller status in Britain and Germany, and contains ten novels so far:

Don Bartlett did the translations, which did not appear in chronological order. The first novel in the series, The Bat, finally appeared in English in late 2012, while Cockroaches showed up in late 2013 (making it the last of the first ten novels to be published in English). Additionally, for some reason, The Redeemer was not released in the United States until long after The Snowman and The Leopard were available.

Nesbø's strong anti-authoritarian streak and concern for women in peril have earned him comparisons to the Millenium Trilogy by the late Stieg Larsson, although Nesbø's work tends to be less overtly Anvilicious than Larsson's, though more depressing. His plotting has also been highly praised. The Redbreast was voted the best Norwegian crime novel of all time by a poll of Norwegian readers, and The Bat won the Glass Key award for Best Nordic Crime Novel.

A film adaptation of The Snowman was released on October 13, 2017 in the UK and October 20 in the US.