Literature / The Wrong Side of Goodbye 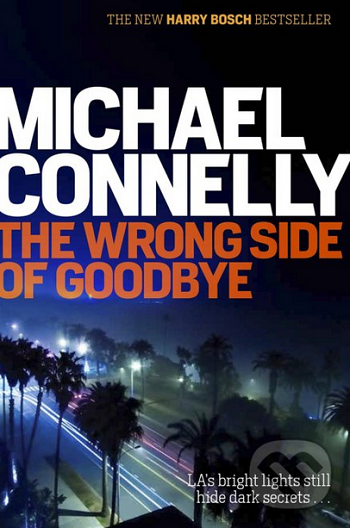 The Wrong Side of Goodbye is a 2016 mystery novel by Michael Connelly. It is the 21st novel in his long-running series about LAPD detective Harry Bosch.

Except that Harry Bosch isn't an LAPD detective anymore. He was forced into retirement two years ago at the end of The Burning Room, and has been at loose ends ever since. Now 66 years old, and having won a wrongful termination suit against the LAPD, Harry is now working part-time as a private detective. He takes as a client one Whitney Vance, a very wealthy man now 85 years old and physically extremely frail. Vance, who is aware that he has little time left, gives Harry a job: find the Mexican servant that Vance impregnated when he was a young man. Vance, who has no legitimate heirs, wants Harry to find out if he has any descendants.

Meanwhile, Harry is also working part-time for the police in San Fernando, a tiny independent enclave completely within the city of Los Angeles. The SFPD has a big problem on their hands in the person of a serial rapist who is attacking women within their own homes, called the "Screen Cutter" because he gains access by cutting the screens on doors.

Mickey Haller, star of his own series of Connelly novels, is a supporting character.