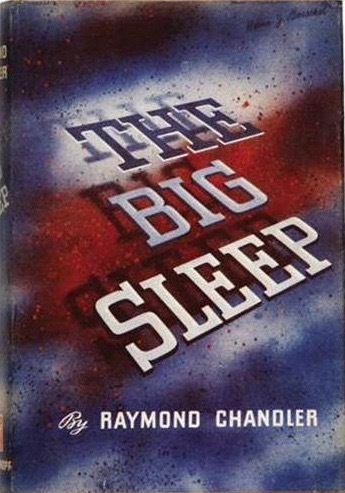 "What did it matter where you lay once you were dead? In a dirty sump or in a marble tower on top of a high hill? You were dead, you were sleeping the big sleep, you were not bothered by things like that."
Advertisement:

The Big Sleep is the 1939 novel that introduced Raymond Chandler's Hardboiled Detective character Philip Marlowe to the reading public.

The convoluted plot follows the investigation by Marlowe into the gambling debts of young dilettante Carmen Sternwood at the behest of her father, an old, wheelchair-bound millionaire. However, Carmen's older sister, Vivian Regan, claims that the investigation is really about finding what happened to her husband Terrence "Rusty" Regan, who has mysteriously disappeared.

The 1946 film adaptation, directed by Howard Hawks and starring Humphrey Bogart and Lauren Bacall, has its own page.

There was also a 1978 remake of the film starring Robert Mitchum and it was Darker and Edgier with more violence and nudity.