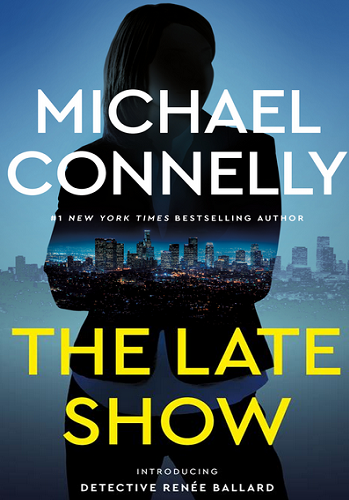 The Late Show is a 2017 mystery novel by Michael Connelly.

Connelly's 31st novel, it introduces a new protagonist: LAPD detective Renee Ballard. Ballard is a young detective who works "the late show"—that is, the night shift—in Hollywood division. Ballard is on the night shift because she filed a sexual harassment complaint against her supervisor, Robert Olivas, only for Internal Affairs to rule that her complaint was meritless. She is left working punishing hours, and she's never able to close any cases because her cases are always given to a day shift detective.

Ballard and her partner John Jenkins are at a hospital investigating an assault case when a woman is brought into the ER with a gunshot wound. The victim promptly dies. It turns out that she was a waitress at a nightclub called The Dancers, and is the fifth victim of a shooting that has left four others dead at the nightclub. Ballard promptly leaps at the chance to insert herself into a big murder case, and winds up entangled in a dark and twisted mystery.

Not to be confused with either incarnation of a CBS late-night talk show.