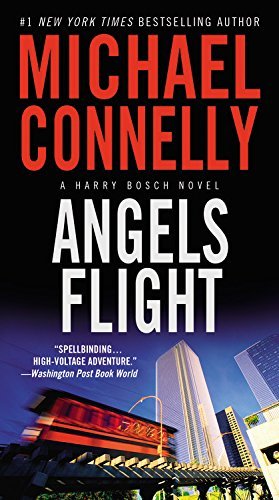 Bosch is assigned to investigate the murder of Howard Elias, a lawyer who specialized in allegations of police corruption and lawsuits against the LAPD. Elias is found shot to death on the Angels Flight

funicular railway in downtown LA. The extremely sensitive nature of the case leads Deputy Chief Irvin Irving to name Bosch as head of a special task force that consists of his partners Jerry Edgar and Kizmin Rider, as well as—much to Bosch's chagrin—three detectives from Internal Affairs. Bosch is especially bothered by being paired up with IAD detective John Chastain, who twice in the past has tried to get Bosch's badge. Harry doesn't have much time to worry about Chastain, however, as his investigation grows to include Elias's last case. Howard Elias was suing on behalf of Michael Harris, a black man claiming that the LAPD had tortured him in an effort to get him to falsely confess to the murder of a little girl.

Angels Flight was adapted into the main plot of the fourth season of Harry Bosch TV series Bosch.