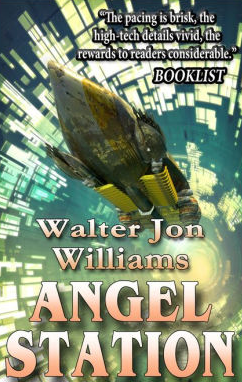 Angel Station is a science-fiction book written by Walter Jon Williams, telling a story of a small merchant starship ran by a Brother–Sister Team. Broke and out of luck, they struggle to maintain their independent way of life, until one day they stumble upon something nobody has encountered before: an alien ship. Being who they are, their first idea is to offer them a trade agreement, which surprisingly seems to be working.The book's main theme is a rather classical form of First Contact, understood as exchange of ideas between different cultures that mostly come from biological differences.