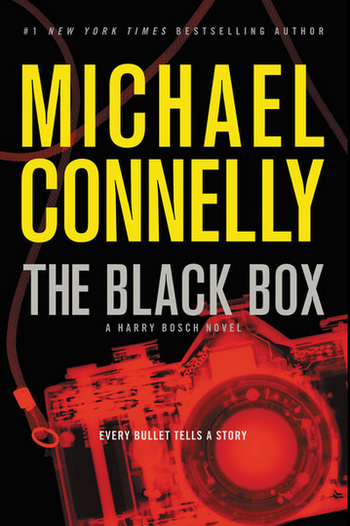 The Black Box is a 2012 detective novel by Michael Connelly, featuring Harry Bosch. It marks twenty years since the first Harry Bosch novel, and includes several nods to the fact.
Advertisement:

Fast forward 20 years. The shell casing found from the Jespersen crime scene is matched with shells and bullets recovered in two other murders, one of which resulted in a gang member going to jail. Bosch, still working in the Open-Unsolved unit, takes the case. He finds a surprising new direction to the case, discovering that the Jespersen murder was not a random crime committed during the riots but a premeditated murder with a motive that dates back years.

Despite the title, does not contain an example of the trope Black Box.