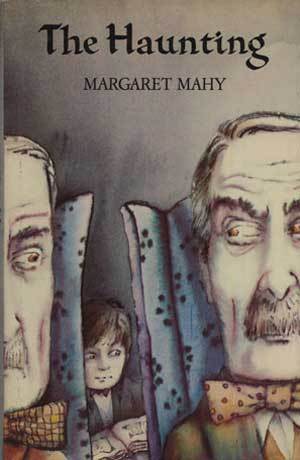 The Haunting is a 1982 Low Fantasy children's novel by Margaret Mahy. Barney Palmer is an eight-year-old boy who lives with two older sisters, Tabitha and Troy, his father, and his pregnant step-mother. He also has had several imaginary friends who weren't very imaginary, and are probably ghosts. Then, one day, a child in old-fashioned garb appears, plaintively declares that "Barney is dead. I'll miss him terribly!" and then disappears. Barney learns that a great-uncle he'd never met, his mother's sister, also named Barney, has passed away, and the family secret that his great-uncle had kept for many decades about Great Uncle Cole, the brother who drowned at an early age, is about to be revealed.

The book was the 1982 Carnegie winner

as the year's best children's book by a British subject.

No relation to either of the films by that name, nor is it related to the web series but it did receive a television film adaption called The Haunting Of Barney Palmer, which was made in New Zealand and featured Ned Beatty as Great Uncle Cole.