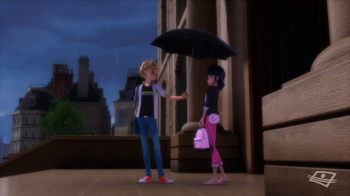 ♪ The power of love, always so strong! ♪
Advertisement: