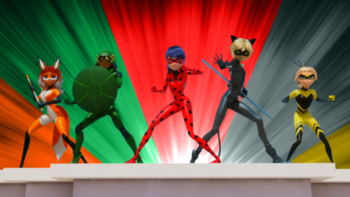 "So you want the Miraculouses, Hawk Moth? Then that's what you're going to get!"
Advertisement:

Tom: I could pretend that this isn't bothering me, but now you've gone too far, mister!