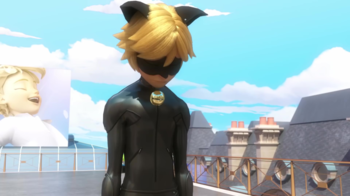 "Do you ever get the feeling that you're stuck, Kagami? That no matter what you do, it's the same old story over and over again? That things will never ever change?"
Advertisement:
open/close all folders
General
Season 1
Stormy Weather

Shanghai - The Legend of Lady Dragon