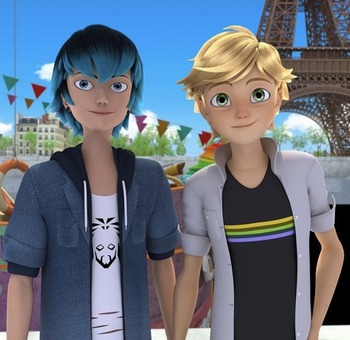 They're Just Friends!
Despite the HUGE amounts of standard Ship Tease, there are some moments of this happening too.

open/close all folders
Between the girls
With so many female characters, was there any chance it wouldn't happen?
Between the guys
Less often than the girls, but the guys also have their moments.