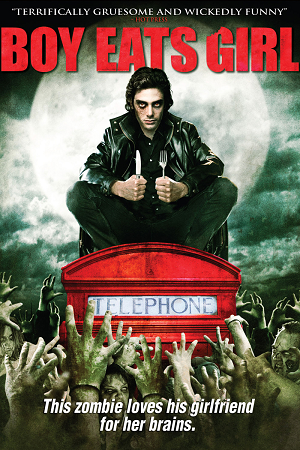 Nathan (Leon) is a teenager secretly in love with the beautiful Jessica (Mumba). When it seems like she has hooked up with his worst enemy, the local school bully, he decides to use some whiskey saved for the school dance to get drunk. While under the influence he becomes fascinated with a noose that's hanging up a stuffed bear in his room. He drunkenly plays around with the noose around his neck while standing on a chair. Unfortunately his mother walks in at the wrong moment, accidentally knocks over the chair he was standing on and Nathan ends up dead.

All is not lost though: Nathan's mother has come into possession of a book of voodoo rituals and brings Nathan back to life... sort of. He's mentally normal but filled with a craving for the flesh of the living. Hilarity Ensues.