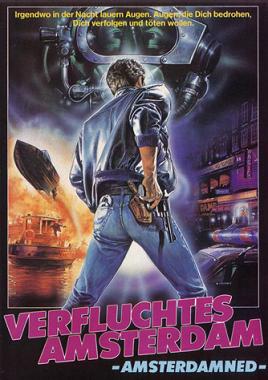 "Somewhere, somewhere in the black night
Shining, eyes that follow your stride
You can't hide
From the monster reptile"
— "Amsterdamned" by Lois Lane, the end credits theme
Advertisement:

The film is set in the eponymous (damned!) capital, where a Serial Killer wearing scuba gear is prowling in the city canals and uses them to get to his victims.

Amsterdam was damned by: