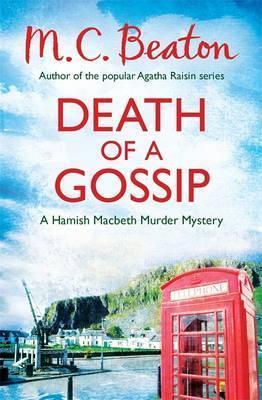 The Hamish Macbeth Murder Mysteries are a series of detective novels written by M.C. Beaton (Marion Chesney) and set in the fictional Scottish village of Lochdubh. The title character, Hamish Macbeth, is the lazy village constable, who enjoys a quiet life until a murder happens, in which case he has to set about solving it and finding the real culprit before his Sitcom Arch-Nemesis, Chief Inspector Blaire, arrests the wrong person.

Serves as the inspiration for a live-action television series which can be found here.

Novels in this series
Advertisement:

Tropes associated with the books.