Fanfic / The Elements of Friendship 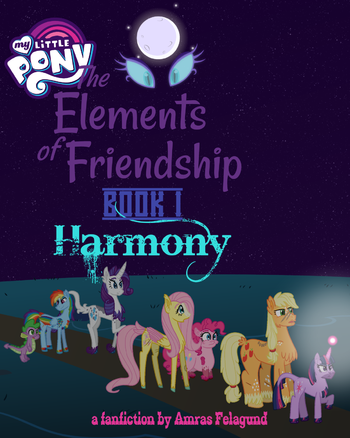 Cover art for Book I: Harmony drawn by the author. Can be found on DeviantArt here

The Elements of Friendship

is a My Little Pony: Friendship Is Magic fanfic series, written by Amras Felagund

Beginning with the same set-up as the pilot for the television series, the series's first installment, Book I: Harmony only truly begins when Twilight Sparkle fails to stop NightMare Moon's eternal night. With the shattered Elements on hoof, Twilight reluctantly enlists the aid of five other mares (if you've seen the television series, you should know them) to travel the world, defeat NightMare Moon, and bring back the sun and Queen Celestia.

...yes, you read that right. Several What Could Have Been elements from the series have been reincorporated into a grander High Fantasy rendition of the world of Equestria. Mythological beasts from various different cultures help to fill out the roster of beasts depicted in the television series. And since it was inspired by Friendship is Dragons (according to Word of God, specifically this page

), a surprising number of Dungeons & Dragons monsters appear or are alluded to as well.

Each successive Book in the series is, according to Word of God, due to follow a major threat that appeared as a threat in the series, though there are hints towards a greater threat who may or may not be from Friendship Is Magic.

Entries in the series are: 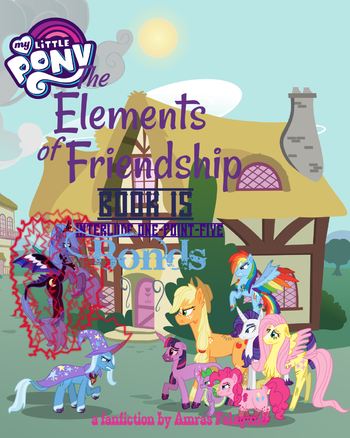 Cover art for Book IS [interlude one-point-five]: Bonds drawn by the author. Can be found on Deviantart here 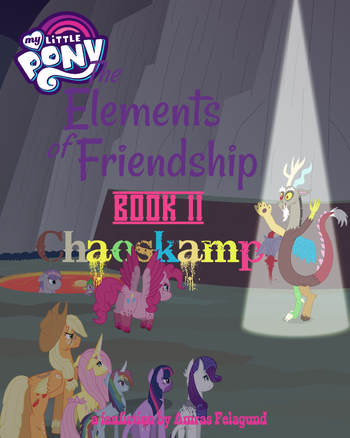 Cover art for Book II: Chaoskampf drawn by the author. Can be found on Deviantart here