The Voynich Hotel attracts all sorts of interesting characters. The locals are no less interesting. 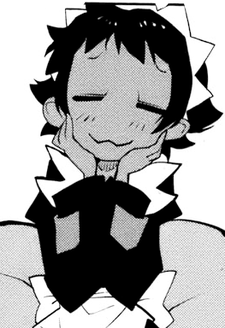 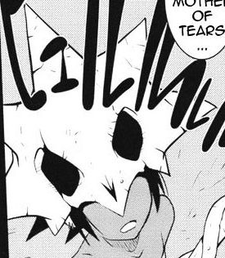 Helena, AKA Lachrymarum, the Mother of Tears, is one of the two maids. She's very cheerful and upbeat, and together with Berna, she keeps the Voynich spotless and still has plenty of energy left over for her own pursuits.
Advertisement:
Berna 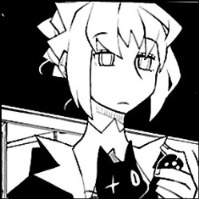 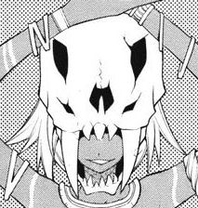 The other maid. She's very strong like Helena, but is much calmer and more reserved.
Emelia 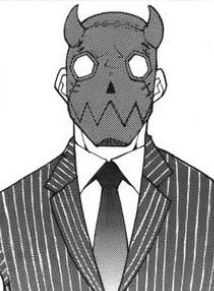 The owner, a retired luchador. Quite the man about town, famous for his career and now for his hotel.
Advertisement:

A pair of white-haired black-eyed sisters who are both assassins, although not as highly-ranked as Kurosawa. Mamiya is the older of the two and has some prior history with Kurosawa. Her sister is never named.
Room 805: Kuzuki Taizou 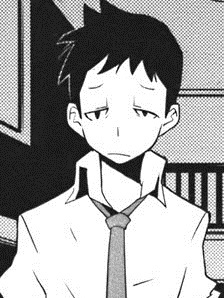 A member of the Kouryuukai Yakuza clan, Taizou pays for an extended stay and becomes one of the central characters of the overall story. 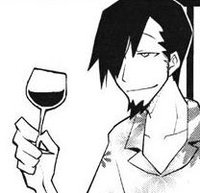 A rather pleasant man who's also a high-ranking assassin and a very competent sniper.
Room 402: Haraki 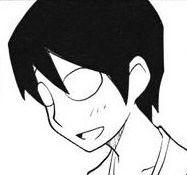 A down-on-his-luck manga artist whose work ethic could generously be said to be lacking.
Advertisement:
Room 303: The Mercero dealers

L - R: Tamara, Mischa, and Carrie
A rather interesting trio, they're growing a huge crop of the plant the drug Mercero is made from in their room. 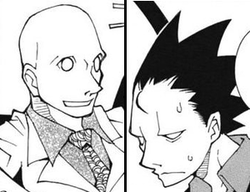 A pair of Mercero dealers killed by Kurosawa. Not much is known about them, though one had quite the interest in strange stories, apparently.
Mercero 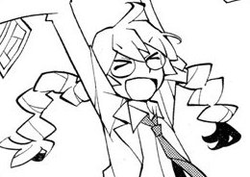 A mathematician and philosopher who died in her hotel room, and who is the namesake for the drug made from the plants the dealers are growing in room 303.
Tenebrarum, the Mother of Darkness 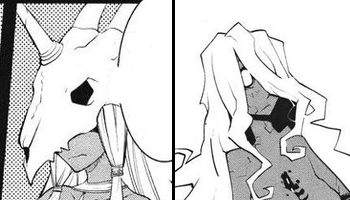 Tenebrarum is the oldest of the Three Mothers. She was killed by the Spanish long ago, but it didn't take. She now stays in a hidden chamber in the Voynich's basement, occasionally speaking to people who come down there. 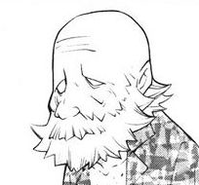 The legendary second-rate boiler engineer. He can fix anything, really, but let's just say his head is a little beyond repair these days...
Snark 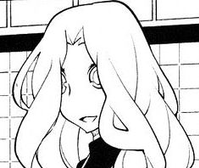 Alice's older sister. Owner of a local restaurant, an excellent chef who can make a fabulous torte...and a merciless killer. 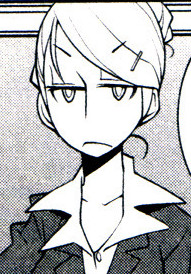 One of the local detectives, currently in charge of the "Snark" serial killer case, alongside her partner, Kikaida.
Kikaida 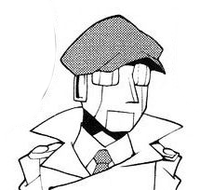 The cutting-edge of crime fighting technology: a robot detective! Except that...well, he's really not all that good. 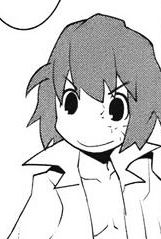 Tough, determined, and ready to take on whatever cases come the Brigade's way, Leader is the backbone of the team.
Sexy

A little girl trying to grow up too fast. Quite the hothead.
Professor

AKA Doctor. He's the Brigade's expert on mythology and legends; there's no story or mysterious past this guy doesn't know.
Fatty 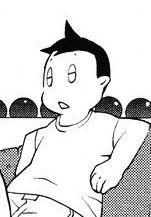 A chubby kid who's close to Leader.
Alice / Arisa

Snark's younger sister. A rather nice girl, if painfully shy without her mask on.
Peace 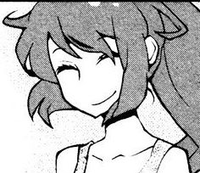 Peace was the oldest member of the Brigade, but was killed two years before the start of the story.

Holon is a low-ranking devil who is initially visiting Blefuscu on vacation but decides to settle in...and possibly drain the island dry.
Demona 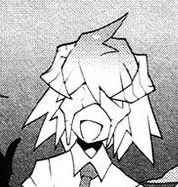 Demona is a tradesperson of sorts, who is known for swapping powerful items for people's souls.
Ashkelon 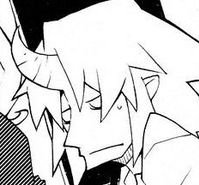 Asheklon is (at first) the highest-ranking devil of the three. He knows the rules to just about every game and likes playing for people's souls.