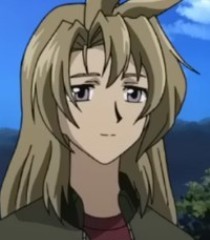 An agent for hire in the war torn country of Gazth-Sonika. She is a part of Margaret, released after the horrible plane crash incident. 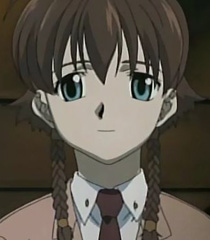 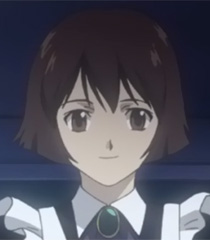 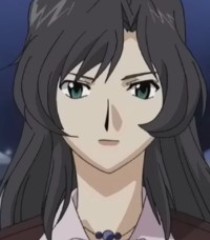 Margaret and Elenore's friend who's determined to find the truth and clear her parent's names. She's also an employee of Bookwald in order to find their connection to the civil war Gazth-Sonika. 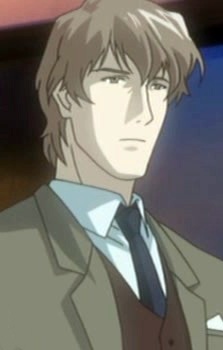 Officially an independent contractor working for Bookwald Industries, and secretly one of Enfant's best operatives and the right-hand man of Friday Monday himself.

The enigmatic founder and head of the Enfant organization. Very little is known about his past before 1999, when he used his Gift to open the Door of Truth in a failed attempt to plunge the world into a total war, which, as he believes, is it's natural state. 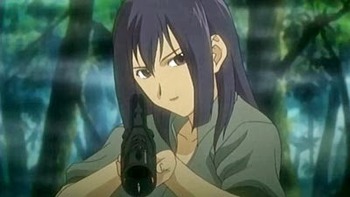 A beautiful and deadly Dark Action Girl whose boss dies at Madlax's hand. She is very displeased by that, and as such she starts chasing after Madlax.

A strange and very creepy little girl seen more than once holding on her handmade doll. She is also a part of Margaret, and the keeper of her memories. As such, she's stuck in the Sanctuary.

Margaret's Disappeared Dad. Killed by the recently "born" Madlax after Monday uses the Words of Awakening on him.

A mysterious woman who knows about the true cause of the civil war in Gazth-Sonika. She is later revealed to hold the third of the three Books of Truth, Thirstari.

A woman who serves under Quanzitta. Much like her master, she also knows about the true cause of the civil war in Gazth-Sonika.