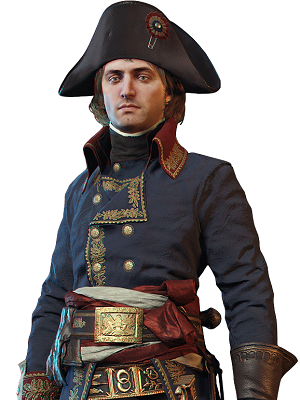 Napoleon Bonaparte is a young French military officer from the island of Corsica, bursting with ambition, intelligence and cunning. He meets and befriends Arno Dorian during his adventures in the Revolution. 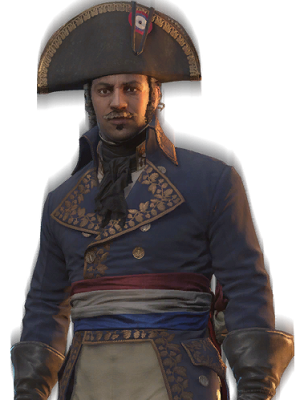 The son of a Haitian slave and a French nobleman, Thomas-Alexandre Dumas is a military officer and an ally of the Assassins.

A general in the French Army, Bernadotte is a colleague of Napoléon. Arno assists him in protecting Napoleon's fiancé Désirée Clary, whom Bernadotte falls for. 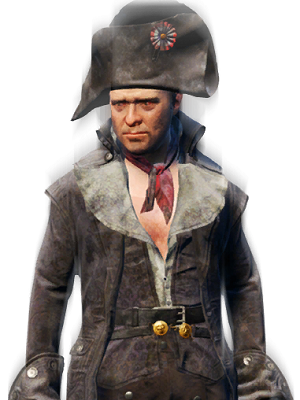 Captain Philippe Rose is commander under Napoleon's supervision. He is tasked with a top-secret mission in Saint-Denis. 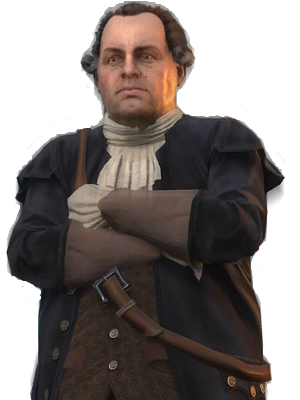 "It's not my usual taste. But as a man of state you get used to dealing with rats."

One of the major leaders of the Revolution. 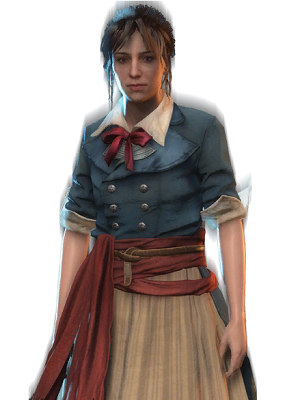 Anne-Josèphe Théroigne de Méricourt is a crusader for women's rights, justice and bread. She is one of the leaders of the Women's March to Versailles. 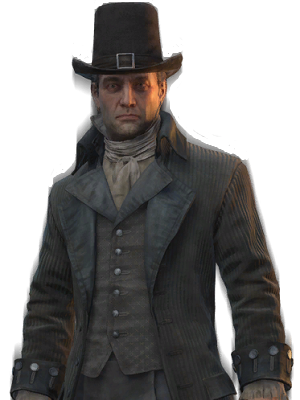 A leader of the unaffiliated section of popular revolutionaries known as the "Enrages" (Madmen), Jacques Roux is a Templar puppet and violent demagogue.

Radical journalist and politician Jean-Paul Marat is one of the most notorious and controversial figures of the French Revolution.

See Other Groups and Individuals 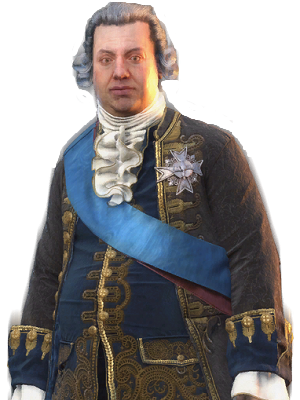 The Monarch of France at the outset of the Revolution. Louis XVI summoned a meeting of the defunct Estates-General at Versailles in May 1789 to discuss the escalating economic crisis. 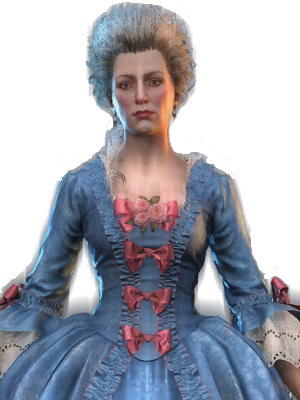 "Bring us more of this cake!"

Daughter of Maria Theresa, Marie Antoinette is the highly unpopular Queen of France and wife of King Louis XVI. 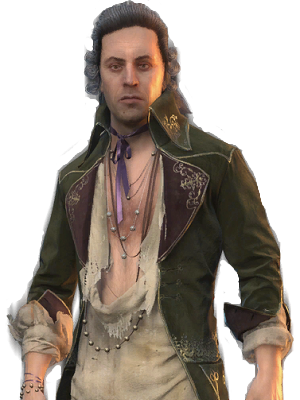 "Conspiracy, intrigue, a rapidly thickening plot. Add some beastiality and a lecherous priest and I'd say you would have the beginnings of a beautiful novel."

Infamous author and libertine, Marquis de Sade was imprisoned in the Bastille in the years leading to the Revolution. He was frequently in and out of prison on account of his licentiousness, his criticisms of religion and conventional morality. 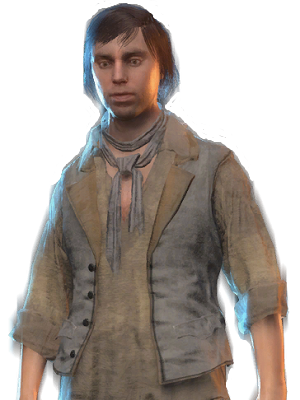 A young street urchin held in prison for petty offenses. Vidocq helps Arno solve a variety of crimes around Paris.

A young boy that Arno meets during his time in St. Denis.