A list of Accel World characters who do not fit into one of the other character pages, or whose affiliation is unknown. 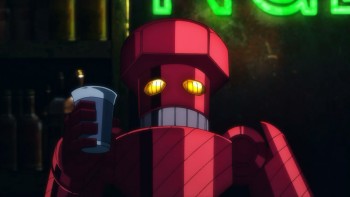 A Level 7 Burst Linker and former member of Purple Legion. He moved to Okinawa three years before the start of the series after his parents' divorce. He is also a high school freshman, Lagoon Dolphin's "parent", and "master" of Lagoon Dolphin and Coral Merrow. 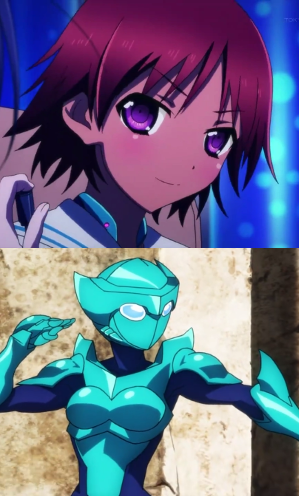 A Level 5 Burst Linker from Okinawa. She is the "parent" of Coral Merrow and the "child" of Crimson Kingbolt, as well as the latter's real-life cousin. 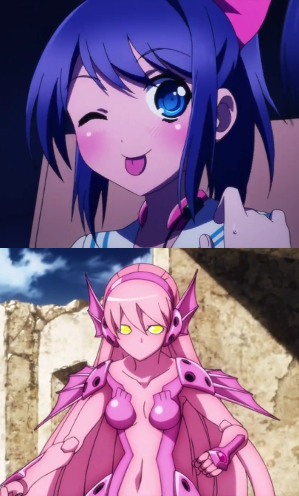 A Burst Linker from Okinawa and the "child" of Lagoon Dolphin. 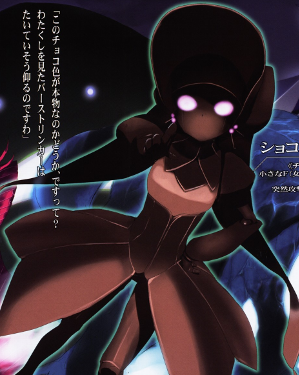 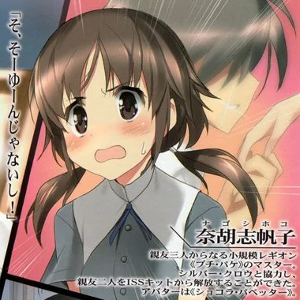 Master of the minor Legion "Petit Paquet", a Level 4 (later Level 5) avatar resembling a girl in a chocolate-brown dress and bonnet. Introduced in volume 12, and along with her teammates, joins Nega Nebulus in volume 17. In real life she is deathly allergic to chocolate, and has paid many trips to hospital after eating some by mistake.
Mint Mitten 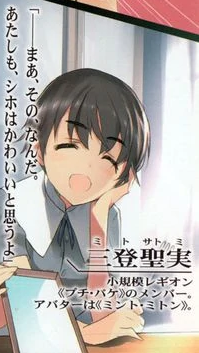 Chocolate Puppeteer's Parent. In real life she goes to a Mixed Martial Arts dojo with a focus on Muay Thai, and has taught some of her moves to Shiho.
Plum Flipper 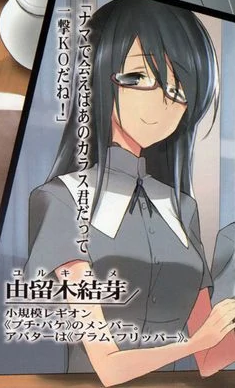 Chocolate Puppeteer's Child, and the president of the school cooking club to which Petit Paquet belong in real life.

A level 5 Burst Linker and Master of the midsize Legion "Helix", which engages in Territory Battles against Prominence during the events of Prominence Trajectory.
Chili Powder 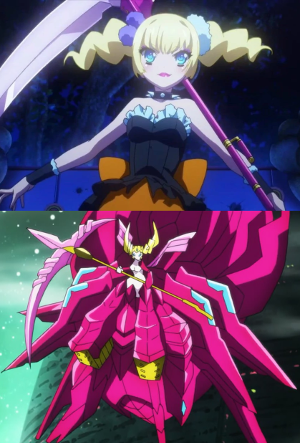 The last player of Accel Assault 2038, one of Brain Burst 2039's two defunct sibling games. Antagonist of the Reverberation OVA. 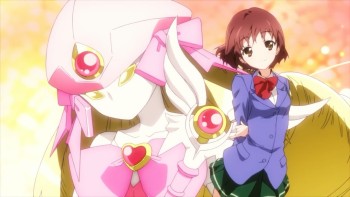 Secretary of Umesato Junior High Student Council and a good friend of Kuroyukihime. She is also a Burst Linker who lost her memories of the game upon a defeat. 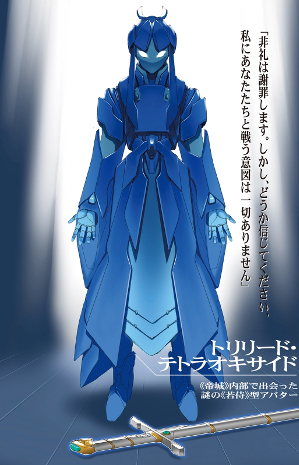 A mysterious Burst Linker introduced in volume 7, where he initially introduces himself as "Trilead Tetraoxide". Themed after a feudal lord, he lives in the Imperial Palace (Brain Burst's Very Definitely Final Dungeon), and has had minimal contact with players other than his Parent.
The Audience

A bunch of nameless Avatars that appear on the sidelines and usually watch Crow fight. 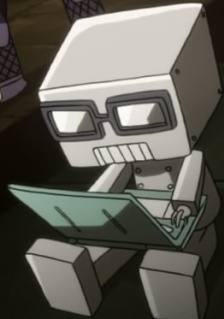 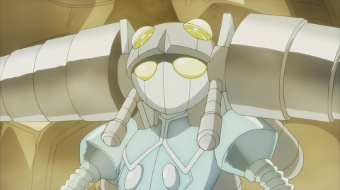 One of the Burst Linkers Silver Crow battled against with Aqua Current. She uses the electric poles in her palms to control the flow of electric current. 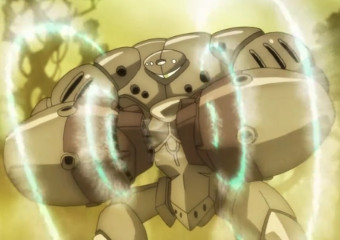 Nickel Doll's partner. He uses the ducts in his hands to create a sandstorm vacuum.

Ardor Maiden's "Parent" and (deceased) real-life older brother. His duel avatar was part white and part silver, with a shape reflecting his lifelong training as a Noh 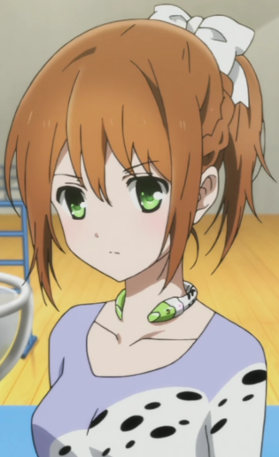 Main character of the film Accel World: Infinite Burst, responsible for awakening Nyx of the Four Deities. Her avatar is themed after a snow leopard.