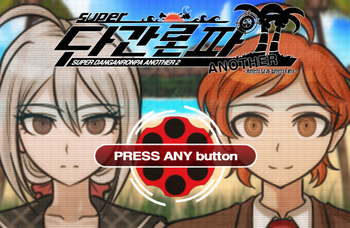 There are also two YouTube channels who are progressing the series along with LINUJ. The first is Johnny Youngster

who is subbing the original version. The second is OfficialSDRA2 EngDub

who is currently working on an English dub for the game. A demo of the dubbed prologue and chapter 1 were released December 26th, 2020.

Tropes in Super Danganronpa Another 2 include: