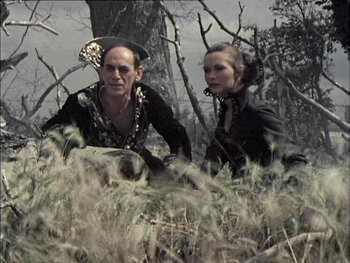 In the future, we'll all dress like this.
Written by Chris Boucher.
Directed by George Spenton-Foster.
Airdate: 23 January 1979.
Advertisement:

Blake intends to raid a Federation weapons research base, but finds it on full alert because one of its technicians has escaped with a Secret Weapon called IMIPAK. Meanwhile Servalan has cloned Blake in a scheme to get her hands on the weapon.