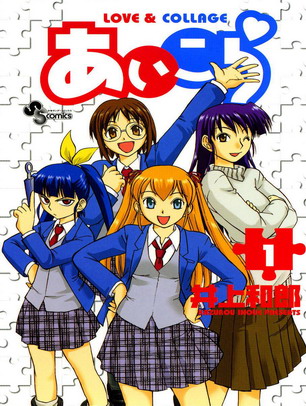 Hachibei Maeda is a guy with very, very particular tastes in women. In fact, he isn't so much into girls as he is into his ideal attributes: big, crystal blue eyes; perky breasts "like bullet trains"; a husky, womanly voice; long, lean, streamlined legs; etc.

The good news is, he's been accepted at a prestigious high school in Tokyo, and he's sure he'll find at least one of his "beloved parts" in the big city.

The bad news is, when he gets there, he finds the boys' dormitory has been burned down, and he can't afford an apartment.

The other good news is, he's offered a place to stay... in the girls' dorm... with four beautiful women, each of whom has one of the attributes he's looking for in a girl (Fiery Redhead Sakurako and her eyes, shy and bespectacled Yukari and her breasts, twenty-something teacher Tsubame and her legs, and sarcastic ninja-girl Kirino and her voice).

The other bad news, he almost immediately gets off on the wrong foot with them, and now they all think he's crazy, a pervert, or both. Okay, so he is, but that's beside the point...

Thus begins Ai Kora: Love & Collage, an endearingly warped and ecchi take on harem comedies and every fetish you can possibly imagine, from the creator of Midori Days. As Maeda quests (with limited success) to win over the girls, he finds himself learning more about them (and himself) as he learns to appreciate them for more than their parts. The manga ran in Shonen Sunday from 2005 to 2008.