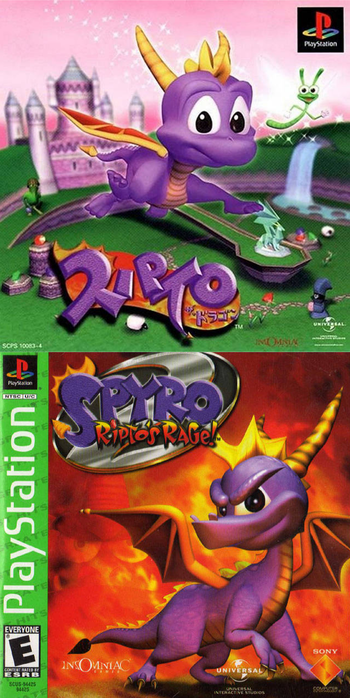 From English to Japanese and back again.
When a work is translated into multiple languages, it's bound to become a worldwide phenomenon. Some Dub Name Changes and Woolseyisms become so iconic or just sound so cool that even the original creators become aware of them, and reference them in the original version of a later installment. This is sometimes an act of gratitude to acknowledge the importance of the foreign dub for making their creation popular.
Advertisement:

Compare Mythology Gag, where an installment throws in a reference to other (often older) parts of their own franchise; Recursive Import, where an altered version of a product or piece of media meant for consumption in foreign markets winds up being sold in the home country (sometimes alongside its own original version); and Ret-Canon, where an element introduced in an adaptation makes its way into the source material.