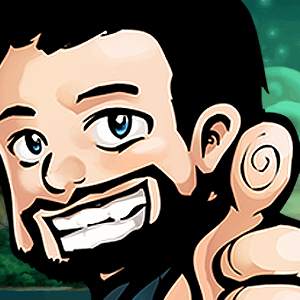 He gained most of his fandom from his ongoing Minecraft Let's Play, which greatly increased the popularity of both himself and Minecraft in Germany. Contrary to popular belief, though, he did not define the Let's Play genre in Germany; he merely popularized it among more casual viewers.

His LPs are quite un-walkthrough-like compared to others, even though he hardly ever offscreens anything. His knowledge about the mechanics of the game he's playing are often limited or non-existant, but he usually makes up for it with general videogame savvy. His commentary about equally consists of review-like opinions on strength and weaknesses of the game, witty illustration of Fridge Logic, random talk, opinions and Real Life observations, and puns he apologizes for immediately afterwards.

Gronkh is one of the administrators of the MMORPG site playmassive.de and the gaming site playnation.de. Together with some other PlayNation administrators and affiliated Lets Players, he publishes his videos on his website gronkh.de

Certainly not to be confused with Gonk or Gronk.