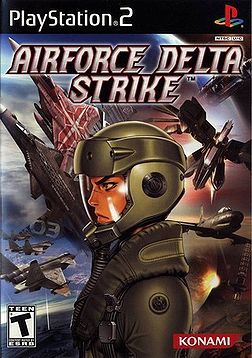 Often referred to as the Dueling Game and Konami's response to the Ace Combat series, it enjoyed success on the Sega Dreamcast, but less so on the PlayStation 2 due to competition with the aforementioned. For the most part, it was considered inferior to the Ace Combat games due to inferior handling performance of many of its early game aircraft, a vastly different default control scheme (correctable with the fully customizable control settings), and hammy voice acting.

Oddly, the flight physics were a bit more accurate than the Ace Combat series. Every plane has specific air-speed windows in which they are most agile; the majority are most agile in the 400-700 KIAS window. Loss of agility occurs both when going too slow (not enough airflow for the control surfaces to bite) or too fast (excess inertia and the plane's own systems limiting airframe g-loads). In addition, planes suffer substantial speed loss while dog-fighting and players have to worry more about keeping their speeds up to remain agile, whereas Ace Combat players must regularly apply airbrakes and fly at near-stall speeds to prevent overshoot or being shaken off.

Aside from that, the series is notable among flight sim shooters for its wide variety of unique missions, settings, objectives and customizable aircraft. Actual customizing options are limited to weapons and paint jobs but are not locked. It makes heavy use of anime artwork, character designs and anime influenced enemies, plot devices, bosses and cutscenes. There are multiple playable characters with unique personalities, missions and aircraft. Aside from that, a player can fail individual missions, crash or get shot down and keep playing. The player must pay to repair aircraft lost in crashes/shoot downs. Most players just save after each mission success.

The Federated Republic of Zabayral, which did not maintain an army, was broken up by ethnic tensions caused by the wake of the Cold War. Nine years after, a revolutionary army called "The People's Federation" has formed and managed to reunite most of the former republic through force. The last independent nation left standing, the Republic of Laconia, has hired the foreign Air Force Delta PMC to defend itself.

One of the launch games of the Sega Dreamcast, Airforce Delta is mostly notable for being an incredibly blatant ripoff of Ace Combat 2, featuring identical HUD graphics and gameplay structure, as well as very similar missions and flight model. However, it's still a fairly fun game on its own, if very unoriginal.

The world is experiencing a population boom after a series of medical advances that made many previously very-lethal diseases easily curable. One of the problems that came along, however, is that basic necessities such as food are spreading increasingly thin in many highly-industrialized nations, who found themselves able to neither import nor produce enough food for their own citizens. These countries banded together to form the "United Forces" and commenced conquest of agricultural lands in the name of "equal redistribution of resources for everyone". Those under the threat of United Forces invasion pooled together their resources under the banner unimaginatively named "Allied Forces" and proceed to augment their strength through recruitment of foreign mercenaries. The player is part of one such unit, the Delta team.

Released for the Xbox in 2001, the game added numbered, RPG-like stats and a map system where the player could get ambushed and fight in generic battles while going from mission to mission.

Air Force Delta Strike was the last entry in the series and contained no less than 70 total missions on any one storyline, with some characters' stories having 90+ (though many are skippable "Stand By Missions"). It also features a level system reminiscent of Armored Core, with the ability to select from multiple available missions. This allows players to choose the missions within each "phase" in the order they want. Each phase has specific missions that must be won before the last turn of the chapter or it's Game Over. Late in the game, players may also customize certain aircraft with a space operations adapter. Essentially, it's an array of thrusters which when applied, gives all aircraft the same (unremarkable) flight characteristics and weapons load-out. This adapter is standard for all space missions until the player has the plane itself refitted for space flight. It also featured a mission map, where the player sometimes had to use up chapter turns to move from one location to another.

The story goes as follows: In the somewhat distant future, Earth and the space colonies—banded together under the banner of "Orbital Citizens Community"—are embroiled in a major war and the eponymous squadron, a Ragtag Bunch of Misfits, is right in the middle of it on Earth's side. The OCC have a substantial technology advantage, but the EDAF have (supposedly) greater numbers and are fighting on home turf. The game opens with the OCC occupying roughly 80% of the land.

Specific to the original Airforce Delta: