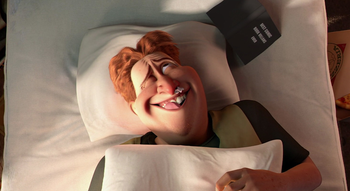 "...No, he doesn't look quite the hero type to me."
Advertisement:

Megamind and the Button of Doom