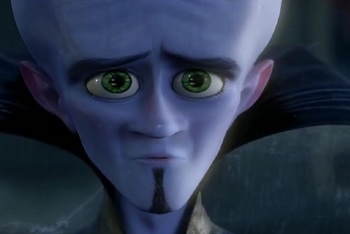 “Did you really think that I would ever be with you?”
Advertisement:

Who thought a movie about a alien supervillain with a giant blue head could make people cry?