Fanfic / Dragons of Ice and Fire 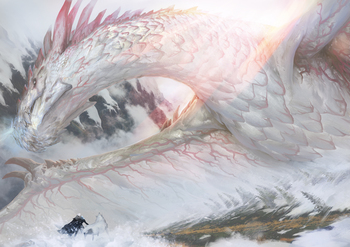 Sonagon, the Dragon of the North

"There are things hidden in the far north, secrets buried under ice. Jon Snow faces the white walkers early, and stumbles upon a power that could change the world. It forges a new path for him and everyone around him - and a new journey south, a journey as a dragon. The world begins to change - with steel and snow, fire and blood..."
— opening story synopsis

, Dragons of Ice and Fire

and hosted on Fanfiction.net

. The first chapter was published in October 2016, with the first of two books completed. The second book is on permanent hiatus, with a basic outline given in the comments section of the final book one chapter.

In the aftermath of a white walker's devastating ambush on Mance Rayder's host Jon Snow awakens an ice dragon north of the Wall. Divergences ensue; Jon learns how to bond with the dragon and travels south with the Westeros equivalent of an ultimate weapon, to unite a war-torn realm and fight the Others. Things do not go as straightforwardly as anyone, Jon included, expected. 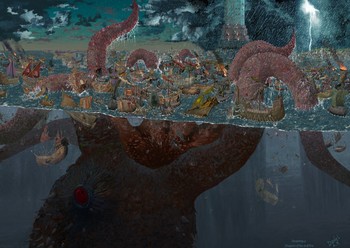