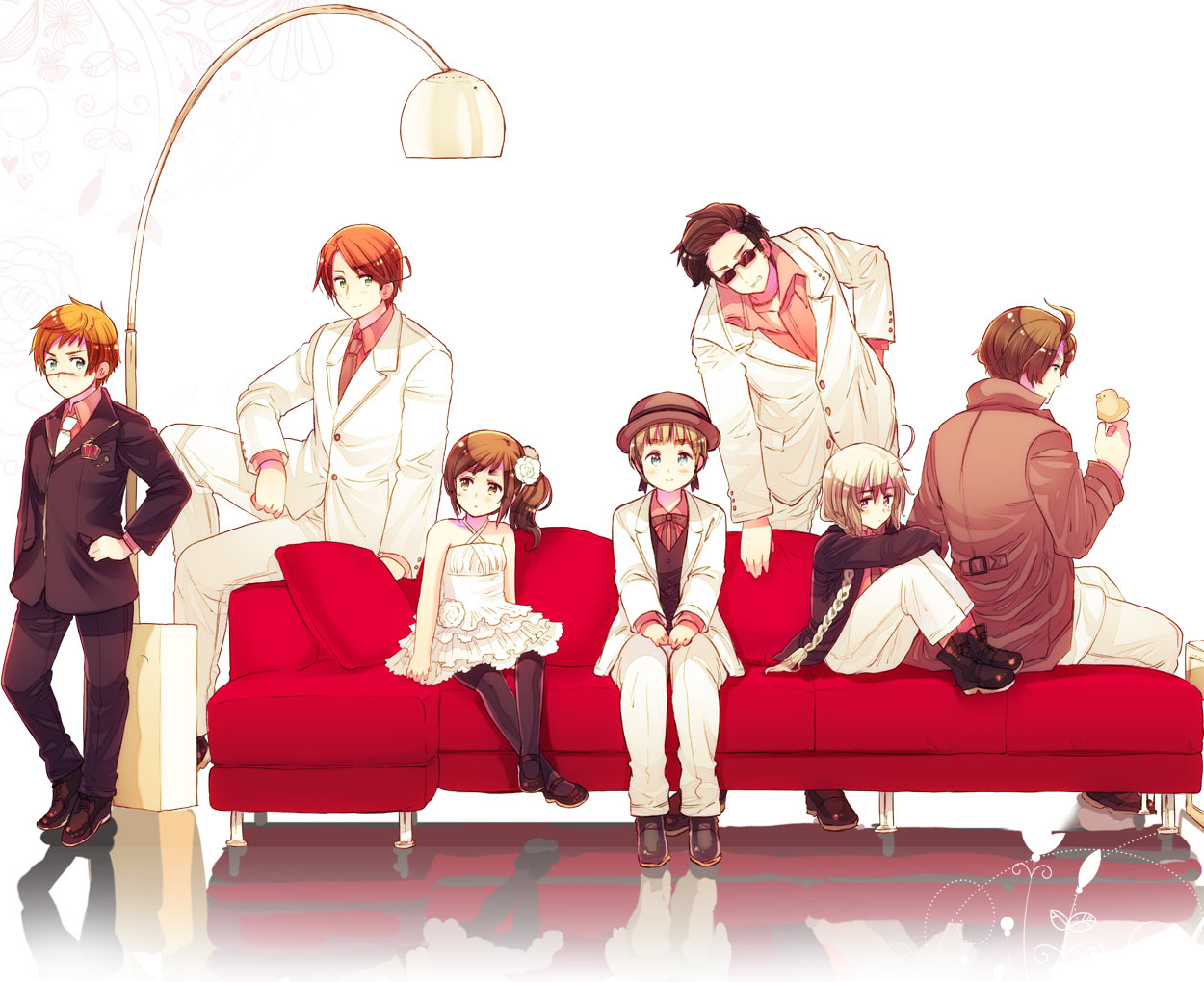 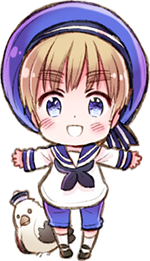 A sea fort that was neglected by England that became a nation before England knew what happened! He's an active boy with a really cheerful voice who's the self-proclaimed smallest nation in the world! England finds him irritating but that doesn't really concern Sealand at all. The Prince of Sealand always seems to go somewhere everyday so the soldiers left there look after Sealand while he's away.

He may a small body, but it’s entirely made of steel so he can shoot a Rocket Punch and also boast at a probably unreasonable level. Lately, he’s been selling Noble Ranks to America and Japan, but he’s still been doing pretty good. He prefers a pleasant internet.

Now currently recruiting friends and countries that have recognized him as a country. His hobby is to play football with other nations that haven't been recognized too. 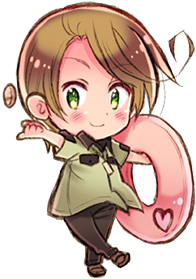 So you must be little Wy! Hmmm, maybe I'll hit on you after a couple hundred years go by.
Voiced by: Hiroshi Okamoto (JP), Austin Tindle (EN)

A composed and carefree man that was originally an independent nation seated on a hilltop, before it became a part of Italy. When he declared independence, not only was there zero dispute between Italy and Seborga, but even today he still takes his duties, rights and freedoms as an Italian citizen seriously! When Seborga declared independence, Italy was receiving quite a few more tourists than usual, so they thought it'd be a good time for some good business. But not only did the people of Seborga not really want to do business, but the shops opened late and closed early and the people of Seborga continued to enjoy their calm, laid-back lifestyle during this period. 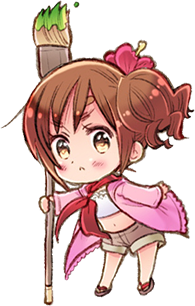 Did you think we're buddies? But I'm different from you... I've been re-cog-ni-zed!
Voiced by: Mikako Komatsu (JP), Lindsay Seidel (EN)

A mouthy little girl that decided to get her independence when Australia didn't allow "Prince" Paul Delprat have a road built. She was officially accepted and is now busy coming up with an anthem and a flag. She loves art and draws every single day. 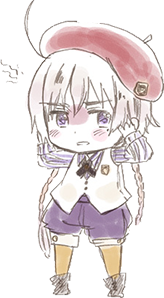 A micronation created by an artist in Austria. His whole country is based on art. Maybe trying to gain independence is another form of art. The braids are art too! 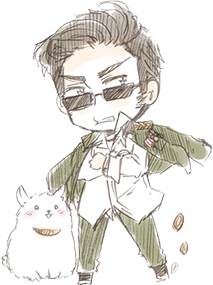 Sunnovabitch! You formally entered the country?!

A mysterious country that lives an isolated life in one of America's inland states, Nevada. He is a very serious young man that is always collecting taxes from America, but he tries really hard to look like a bad guy on the outside. Only 10 people are allowed to go sight see his territory per year. 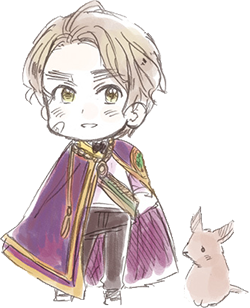 Paying your respects to me, your senior, is simple etiquette, yes?

Wy's senior. He is always oddly dazzling and far too free-thinking. He is famous in Australia and his house is pretty complex for a micronation.

A Halloween Party? I certainly would like to go, but I've already withdraw from nation status, so...

A micronation that tried to become independent from Japan. He used to be a mountain hot spring, but returned to being an ordinary Japanese person. He's an easygoing, quiet oddball who loves radium eggs. 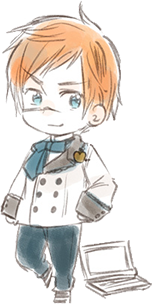 The only one with the power to gather all the micronations is a true blue like me!

An internet country created by Swedish technicians. He's a bit cheeky, but all in all a regular primary school kid. He is leading a fight with Sweden (or so he likes to think).