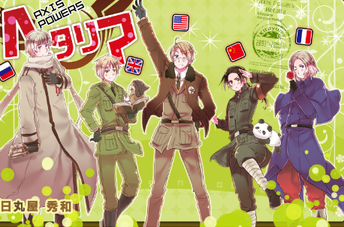 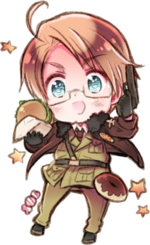 Now is the time we allies must take a stand for the sake of the world! Should we not fight in the name of justice? Let our hammer of righteousness strike deep into the heart of this evil! Starting with this lame-o Italy!
Voiced by: Osamu Ikeda (Flower of Iris CD), Katsuyuki Konishi (JP), Eric Vale (EN)
England (The United Kingdom of Great Britain and Northern Ireland) - Arthur Kirkland 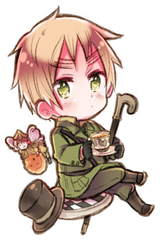 Ahh, fuck it all! You only got so far thanks to me prat, don't you dare act cocky with me!
Voiced by: Yuuya Kakitsubata (Flower of Iris CD), Noriaki Sugiyama (JP), Scott Freeman (Seasons 1-5),Taliesin Jaffe (Season 6) (EN)
Russian Federation - Ivan Braginsky 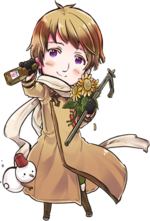 I've always been alone, so it's great seeing everyone so alive. Besides, soon it'll be the last chance I can see their faces. Whenever I imagine how they'd look begging for mercy, I can't help but smile.
Voiced by: Benjamin Kobatsu (Flower of Iris CD), Yasuhiro Takato (JP), Jerry Jewell (EN) 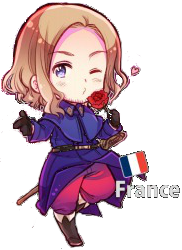 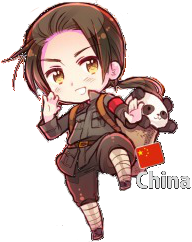 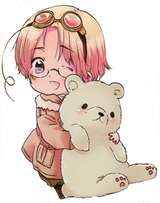 Excuse me! I'm sorry for my lateness! A terrible accident happened... When I woke up this morning, it was already past noon!
Voiced by: Katsuyuki Konishi (JP), Eric Vale (EN)