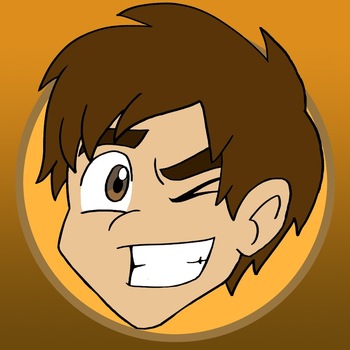 PieGuyRulz is a YouTuber known for reviewing cartoons and entertainment marketed towards children, primarily Nickelodeon and Cartoon Network. His account on YouTube began on April 9, 2008 and since then he has grown a loyal fanbase, with over 75,000 subscribers.

Regarding the name PieGuyRulz, it was initially created for Cartoon Orbit with its random name generator (at least the Pie-Guy part, anyway). The name he goes by in Real Life is A.J.

His currently recurring videos include:

His short-run and/or discontinued videos include:

His Let's Play and Livestream YouTube channel is located here

Also do not confuse him for Piemations the creator of Meet the Amazing Team, Suction Cup Man, Sheriff Hayseed, Elements of Cringe and Friendship Is Doomsday.