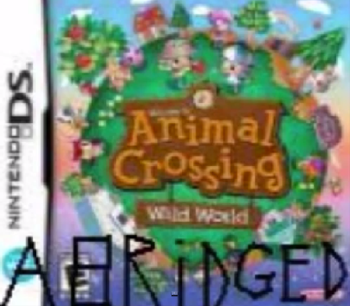 Are you Cap'n Crunch?
Bob: The mafia is known for being really nice.

PieGuyRulz's first video series, this is The Abridged Series to Animal Crossing: Wild World. The videos are about a kid named Bob who annoyed a cab driver, thinking he was Cap'n Crunch. The driver then drops the kid off in Wild World, where he has to stay for 10 years. The show is known for its Breaking the Fourth Wall jokes. It started on April 10, 2008 and ended on April 10, 2009. Animal Crossing: The Abridged Movie was released not too long afterwards on PieGuy's now-defunct website.

The series playlist is located here.

The first part of the Animal Crossing Abridged Movie is available on Vimeo.