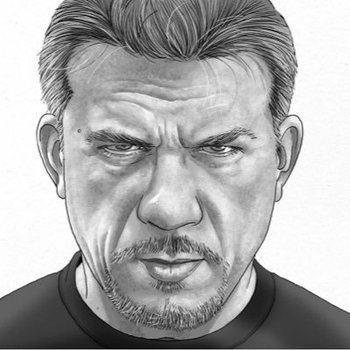 Salvador Larroca, by Salvador Larroca
Salvador Larroca is a comic book artist. He was born in Spain, and worked in the Marvel UK division of Marvel Comics. He became known with his work with Ghost Rider in the 1990s. He worked with "Heroes Reborn: the Return", and then on the Fantastic Four when Alan Davis left the title. He worked with many X-Men titles, Iron Man and Darth Vader.