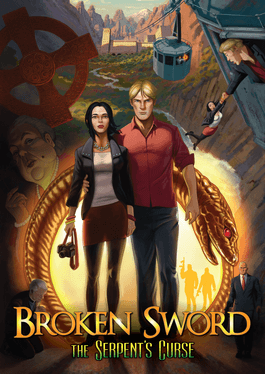 Broken Sword: The Serpent's Curse is the fifth game in the Broken Sword series.

When a mysterious painting is stolen during an armed raid on a Paris gallery, George and Nico are thrown by chance into the investigation together. From Paris to London and beyond, the trail becomes a race against time as dark forces from Europe's turbulent past are woken from their slumber. Broken Sword characters old and new are encountered - but who can George and Nico trust? The journey they are on reveals a conspiracy as old as the written word, whose ancient heresies will cause innocent blood to spill once more...