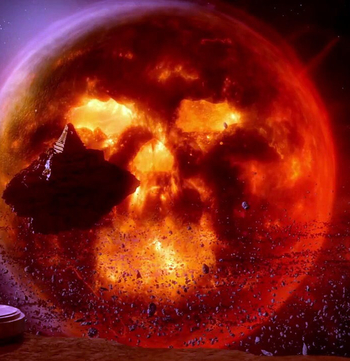 Basically Remina made from hellfire.note And without the creepy tongue.
Doctor Who
Advertisement: