This page lists the characters of Tsurune, with names are in Western order. Due to wiki policy, all trope names are visible and may contain spoilers, especially for the novel series. (The anime only follows the plot of volume 1.) 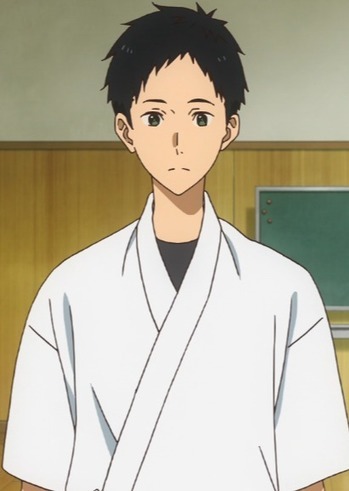 The main character, a first-year at Kazemai High School. He became charmed by archery ever since he saw a competition with his mother when he was little, and began to do it in elementary school. However, in his last middle school tournament something happened cause his team to lose and for him to decide to quit archery for good. Childhood friends with Seiya and Ryohei.
Seiya Takehaya
Voiced by: Aoi Ichikawa (Japanese), Gareth West (English) 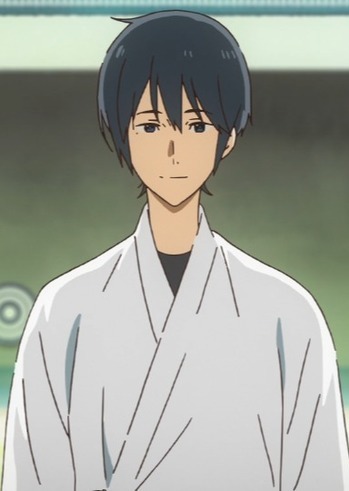 A first year at Kazemai High School. Minato's best friend since they were little, and the captain of the boys' division. Usually a calm and mature boy, but can lose his cool when it comes to Minato. He normally wears glasses but uses contacts when doing archery. Owns a large dog named Bear and comes from a family of doctors that runs an orthopedic clinic.
Ryohei Yamanouchi
Voiced by: Ryōta Suzuki (Japanese), Gabriel Regojo (English) 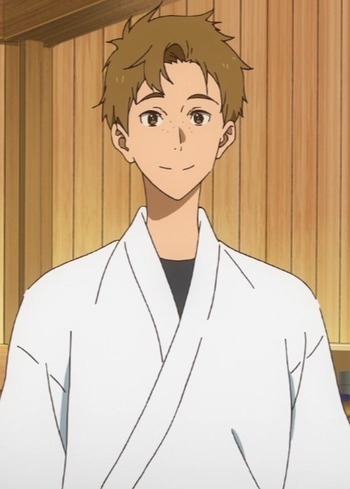 A first year at Kazemai High School. A friendly, earnest boy. Was classmates with Minato and Seiya in elementary school, but went to a different middle school. Reunites with them in high school. He did some archery in middle school, but it isn't until high school that he started to do it seriously, so therefore he has the least experience in the club.
Nanao Kisaragi
Voiced by: Shogo Yano (Japanese), Clint Bickham (English) 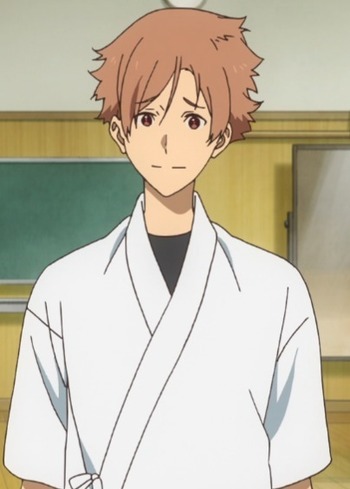 A first year at Kazemai High School. Kaito's cousin. There are many occasions where he has to calm Kaito down whenever he butts heads with Minato. Looks like a flashy, light-hearted guy, but is capable of calmly judging things. Popular enough with girls at school to have his own fan club. Bad with animals for some reason.
Advertisement:
Kaito Onogi
Voiced by: Kaito Ishikawa (Japanese), Courtland Johnson (English) 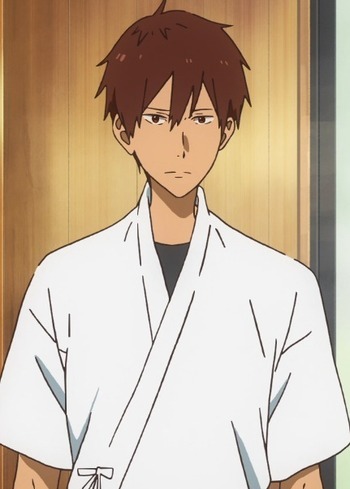 A first year at Kazemai High School. Nanao's cousin, and has been his chaperone since they were little. Has a world-wise nature. A hot-blooded boy who takes archery seriously, he refuses to acknowledge Minato, who ran away from archery once, as his comrade. His hobby is reading. Has a cat named Lucy. Good with animals. 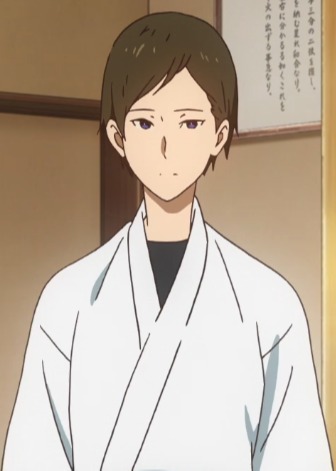 The captain of the girls' division of the archery club. One of the girls with archery experience.
Noa Shiragiku
Voiced by: Ayaka Nanase (Japanese), Elissa Cuellar (English) 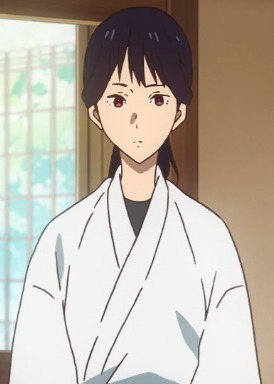 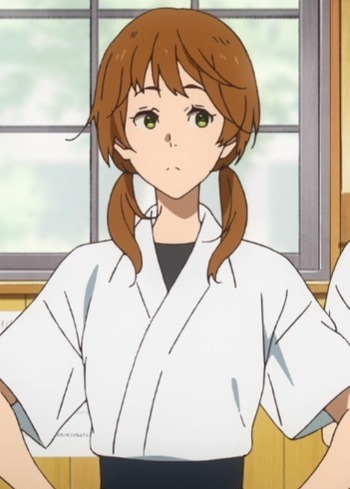 One of the girls with archery experience.
Advertisement: 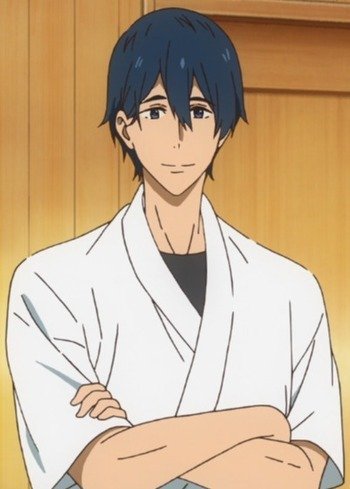 A mysterious man who Minato meets in a dojo in a forest. He later becomes the coach for the Kazemai archery club. Everyone calls him "Masa-san".
Tomio Morioka
Voiced by: Katsumi Suzuki (Japanese), Ty Mahany (English) 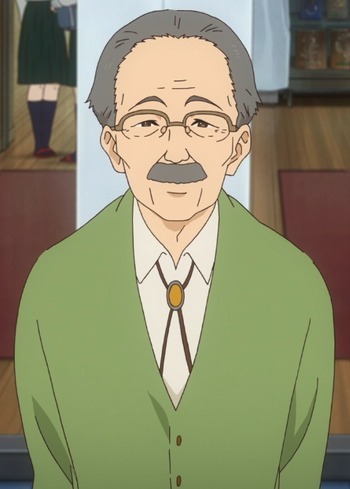 The old man advisor of the club. He is also the homeroom teacher for Minato, Seiya, and Ryohei. Everyone calls him "Tomi-sensei". 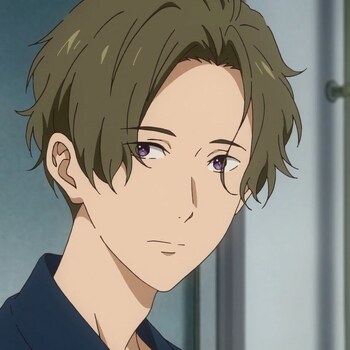 A first-year at Kirisaki High School. He was on the same archery team as Minato and Seiya in middle school. He had been best friends with Minato since fifth grade.
Senichi & Manji Sugawara
Voiced by: Yuusuke Kobayashi (Senichi), Kōhei Amasaki (Manji) (Japanese); Greg Cote (Senichi), Anthony Hunter (Manji) (English) 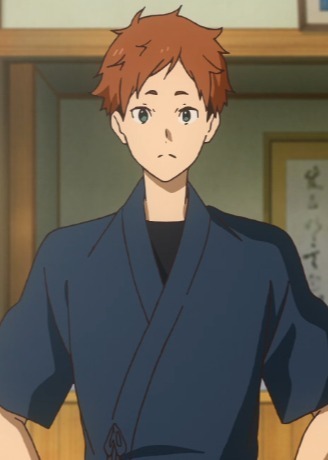 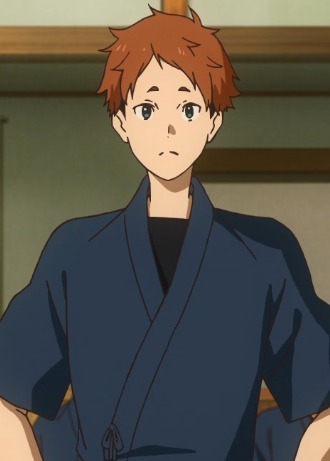 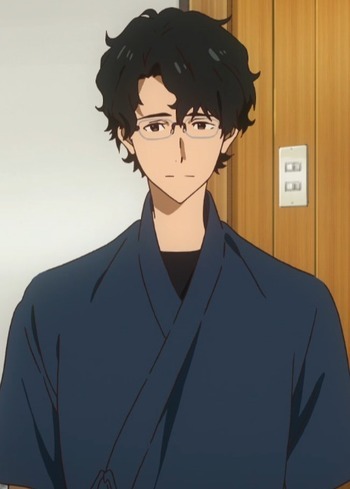 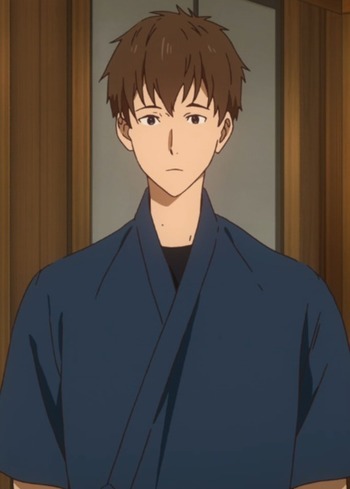 A third-year at Kirisaki High School and vice president of the kyudo club. 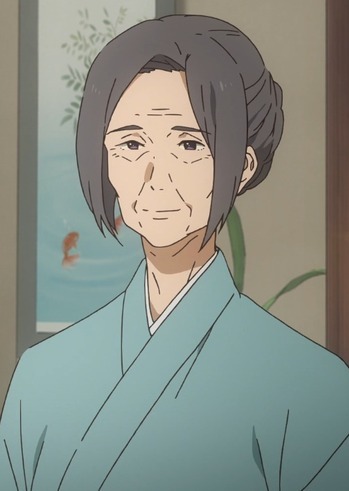 The former instructor to Shu and Minato, notably being their very first kyudo instructor.