Makoto and His Followers

An Ordinary High-School Student who is teleported against his will to another world... then promptly abandoned by the Goddess who summoned him. Makoto is a stereotypical Story-Breaker Power protagonist (mage type) who could singlehandedly save the world if he wanted to. Sadly, he's not in that kind of story. 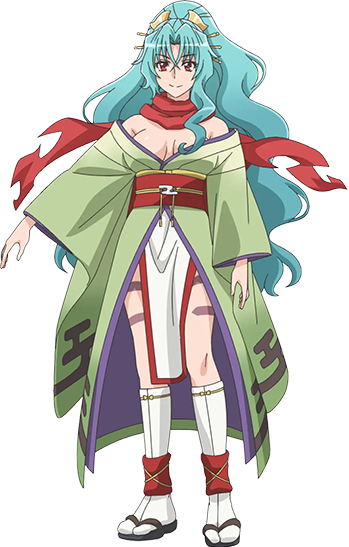 A Supreme Dragon who made a contract with Makoto after peering into his memories and becoming obsessed with the history of Japan.

Mio / The Black Spider of Calamity

A giant black spider that was driven insane by hunger and terrorized the wastelands in search of sustenance. After Makoto inadvertently sates her hunger for the first time with his massive mana pool, she forms a contract with him and becomes Makoto's second subordinate.

A hyuman who turned himself into a lich long ago to get more time to study magic. He made a contract with Makoto after being defeated in battle.

A servant that was gifted to Makoto by Susanoo, who was once a legendary spirit associated with various tales about Abe no Seimei.
Advertisement:

A womanizing adventurer who is hired to Makoto's company and becomes Tomoe's subordinate.

The Japanese god of the Moon. He is the one who selected Makoto to become the hero. 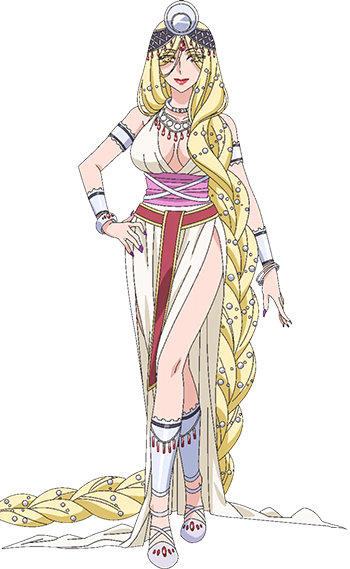 The goddess of the world that Makoto is summoned to. Incredibly shallow and obsessed with beauty, she regularly prioritizes her own whims over actually maintaining the peace and safety of her world.