This page is for all New Directions members who joined in the fourth season, after half the original students graduated, the "Second Generation" if you will. All members aside from Kitty are no longer part of New Directions as of season 6 due to Sue making them all transfer to different schools, though they all sans Marley came Back for the Finale. 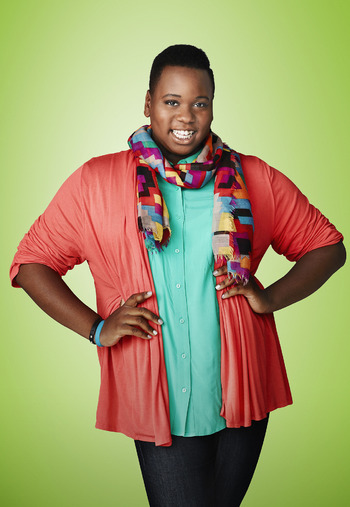 Ever since I was a kid, I would play this game where I pretend I was a different person, the person where I dreamed to be. The real me. I even have a different name: Unique.
Portrayed by: Alex Newell
Voiced by: Míguel Ángel Ruiz (Latin-American Spanish), Mutsumi Tamura (Japanese)

Birth name Wade Adams. A transgender student from Carmel High, and former member of Vocal Adrenaline. While normally shy and introverted, she's created a female alter-ego for herself named Unique who represents everything she wants to be. Transferred to McKinley for a less pressuring atmosphere and naturally joined New Directions. 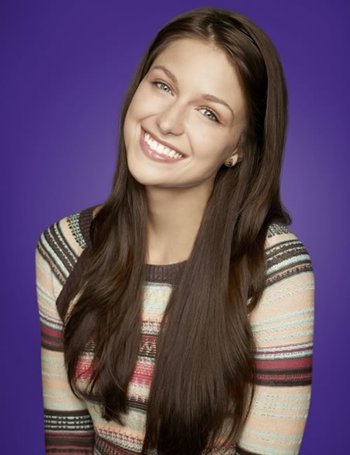 You are ready for this. You look really good. Your voice is strong. It's time to make a little girl's dream come true. I'm so hungry. But at least my dress fits.
Portrayed by: Melissa Benoist
Voiced by: Sofía Huerta (Latin-American Spanish), Lynn (Japanese)

A new student at McKinley in Season 4. She wants to be a singer and has tremendous talent, but struggles with insecurity based on being the poor daughter of the lunch lady. 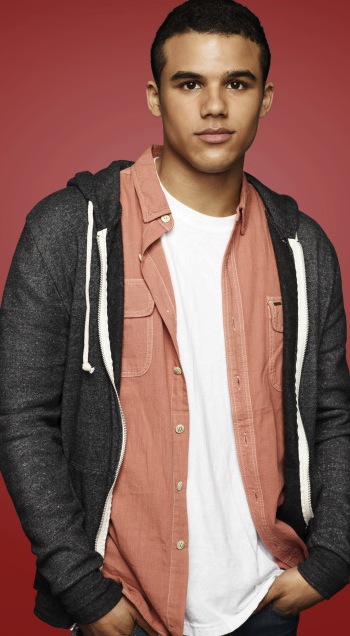 Half-brother. Our dad's like an NBA player, there could be 50 other Puckermans running around Ohio.
Portrayed by: Jacob Artist

Noah Puckerman's long-lost half-brother who comes to McKinley in the fourth season. Like his brother he has a wonderful voice but also an extremely troubled upbringing and bad attitude. 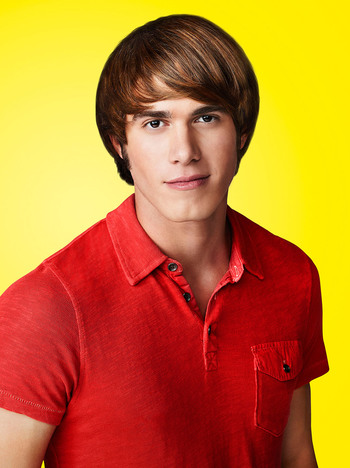 I don’t understand. All I do is study. I haven’t even seen Dark Knight Rises yet!
Portrayed by: Blake Jenner

A football player who's struggling with his grades due to dyslexia. When looking for the perfect Danny Zuko, Finn scouts him out and encourages him to join the school musical. 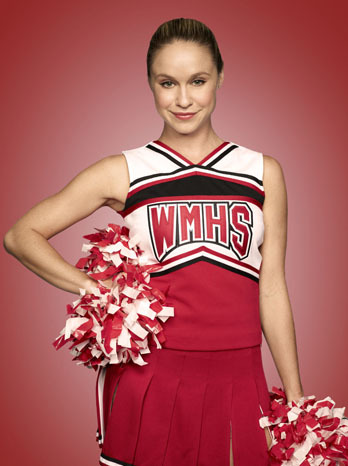 You do not want to break up with me, okay? I am like a bad Carrie Underwood song once I get going.
Portrayed by: Becca Tobin

Sue's new head bitch in Season 4, and she certainly lives up to the title. She is initially bitter towards the Glee Club, yet she joins after the performance of Grease. By the time Season 6 rolls around she's gone back to the Cheerios thanks to Artie dumping her and the other alumni forgetting that her and her friends existed.