These are the characters introduced in Girls Und Panzer das Finale. As always, Spoilers inbound; proceed at your own risk. 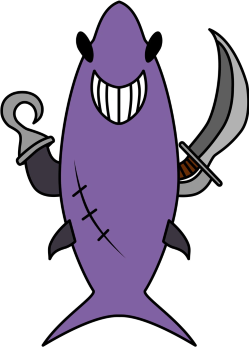 The newest group to join Oarai's Sensha-do team for the Winter Cup, commandeering the Mark IV tank. First introduced in das Finale, they hang out at the bottom of Oarai's school carrier at a place called "the Donzoku Bar". They have been convinced by Momo, who used her powers as a Student Council member to prevent their expulsion, to join the Sensha-do team so that Momo can graduate, after being held up by failing grades (or so they think.)

The leader of the Shark Team. She originally opposed the Student Council's request to join their team, but when it was revealed that her former comrade had to win a Sensha-do match in order to graduate, she eagerly agrees.

"We wouldn't be lazing around here if it weren't for her!"
Position: Driver
Voiced by: Natsumi Takamori (Japanese)

Ogin's chief subordinate and first driver of the team.

The first gunner of the team.

The secondary gunner of the team, and also the bartender at the Donzoku Bar.

"We were about to be expelled back then, but she covered for us!"
Position: Driver/Radio Operator
Voiced by: Madoka Yonezawa (Japanese)

The second driver and radio operator of the team, she is also a singer and always holds a microphone. 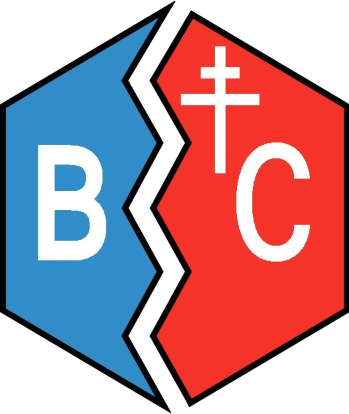 A French-themed school first mentioned in the series as being defeated by St. Gloriana in the first round in the 63ʳᵈ National High School Sensha-dō Tournament, and in the Ribbon Warrior spin-off manga. It was actually composed of two schools named BC and Freedom, and many of the students dislike the new re-union. Das Finale expounds on this further, with one of the schools being an upper-class "Escalator" school and another being a lower-class "Examination" one. note In the Japanese school system, "escalator" schools are private schools that virtually guarantee their students entry into the next level of education (high school, university, etc.). This is unlike students from regular school who have to entrance exams to get in, hence the name "examination." As a result, not only they have two different sets of French tanks, but also two different sets of tactics and thinking. From the name it suggests that it is much like the struggles of the reintegration of France between Vichy (BC) and Free French (Freedom), but in the anime it is played more like the differences between the nobility and the commoners pre-French Revolution.

"Can we not fight over trivial things? The cake will go bad."
Position: Tank Commander, FT-17
Voiced by: Yumi Hara (Japanese)

The current commander of BC Freedom team. Although belonging to the "Escalation Clique", she does not mind the rivalry between her clique and the "Examination Clique". Her manner of speaking and attitude is reminiscent of Queen Marie Antoinette of France.

"You Escalators always look down on others!"
Position: Tank Commander, SOMUA
Voiced by: Minami Tsuda (Japanese)

One of Marie's subordinates, and the leader of the "Examination Clique". She is hostile to the "Escalation Clique".

Another of Marie's subordinates, and as the leader of the "Escalation Clique", had a rivalry with Andou. She is very respectful of Marie.

One of Jatkosota High School's members. She is dubbed "The White Witch" by Mika, who is her commander.