Once members of the Volleyball Team, since disbanded just before Miho's arrival, they hope success in Sensha-do will let them restore the team. They drive the almost-useless Japanese Type 89 I-Go 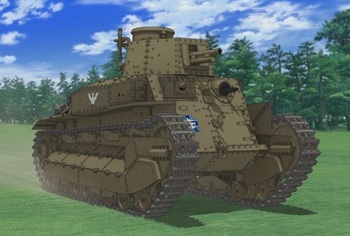 was the tank that the Volleyball Team found during their search for other tank units at the re-establishment of Ōarai's Sensha-do elective, and ultimately given to them as their unit. Despite being historically known as a piece of junknote The tank was designed in 1928. While good for its time, it still saw service throughout World War II despite being quite obsolete., the team manages to make it an integral part of Ōarai's strategies, mainly as a recon/scouting vehicle or a bait.

The hot-blooded, energetic, fearless (even to the point of foolishness) ex-captain of the now-disbanded Volleyball Team and by default tank commander of their tank team, as well as its loader.

The radio operator of the Duck Team.

The likewise hot-blooded driver of the Duck Team, often pushing the otherwise below-average tank beyond its limits.

"It would be nice to have more firepower."
Position: Gunner
Voiced by: Sakura Nakamura (Japanese), Carli Mosier (English)

The gunner of the Duck Team. 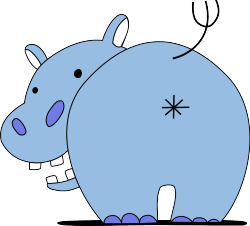 "In whatever situation a person finds himself, he should not abandon his favorite ways and his special abilities." — Sakamoto Ryoma

A team of military history Otaku who all take their nicknames after famous personages. They drive the StuG III

German assault gun/tank destroyer. Despite starting off as rookies, their passionate interests and level heads make them better than most of their teammates, save for Anglerfish Team. 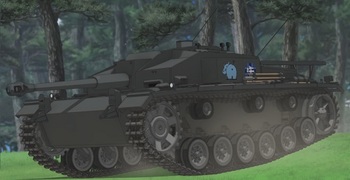 was the tank The History Club found during the search for additional units for Ōarai's Sensha-do team, and ultimately given to them as their unit. Then the only unit that has considerable firepower, it was used as Ōarai's heaviest hitting unit, until the arrival of the Tiger(P). This is also the tank Maho uses in her training match with Miho in Little Army.

Tank commander of Hippo Team and radio operator, as well as the girl behind their leader during combat.

Loader of Hippo Team and also the co-commander, as their representative during Ōarai's planning stages.

Gunner of Hippo Team and a kyuudou (Japanese archery) practitioner outside the field.

The fourth member of Hippo Team and its driver.