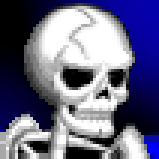 A skeleton knight who serves as the main protagonist of the game. He can't speak, but the game provides the player with his thoughts on the many odd situations he finds himself in. 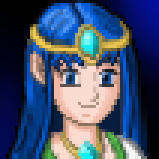 A cute ghost girl who forcefully joins the hero near the beginning of the game. She is gifted with telepathy and high level magic skills. 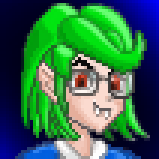 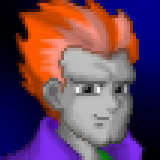 A french zombie in a suit who is the last member to join the party. Uses axes in combat. 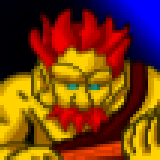 The ruler of trolls who terrorized the Palad-Lennus until Dem putted an end to their threat. 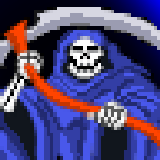 One of the many adversaries of Dem, Grim Reaper tries to kill Dem and Sara when they go through Grave Pass. 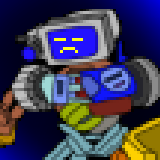 A robot made of junk that attacks the party in the city ruins. After the battle, it's revealed it was sent out to reclaim the eight magical crystals. 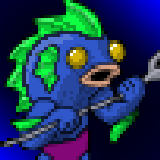 A trio of blue fishmen who attack the party in the third bonus cave. 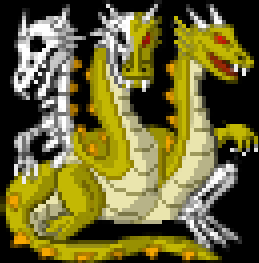 An undead three-headed yellow dragon that attacks the party in the Water Cave. 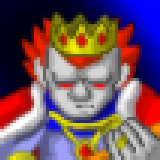 A zombie king of Motherbound who is also Erik's uncle. He was the one who locked Erik in the dungeon, and then he locks up Dem's party. Once they escape the prison, he tries to kill them himself. 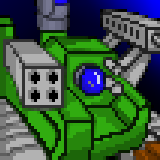 Dual turrets guarding eight magical crystals. After the party retrieves them, they activate and attack them. 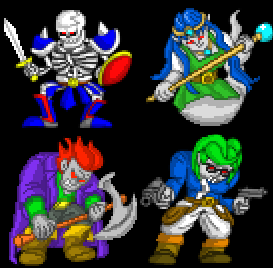 The team of evil doppelgangers of the main party, they appear out of nowhere in the lab to attack the heroes. 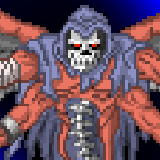 The final boss of the game, Ultimate Evil is an unknown undead monstrosity that appears to stop Dem and his party from saving the world. 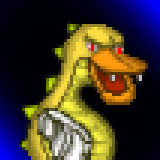 The duck-like dragon that claims itself to be the most powerful dragon in the world who gets insulted by the fact that everybody thinks he is a duck. He acts as a Superboss in the game and appears in the Super Secret Cave. Defeating him allows Dem to get Excalibur. 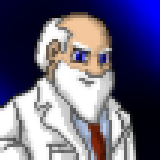 A scientist who resides deep in his lab, and the last human alive. He built the time machine and intends to travel back in time to save the humanity from the apocalypse.