The major protagonists and allies of the Mega Man (Classic) series. 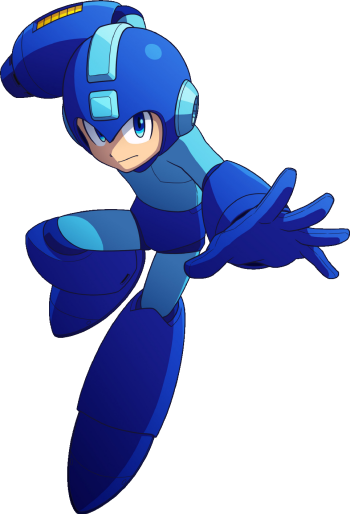 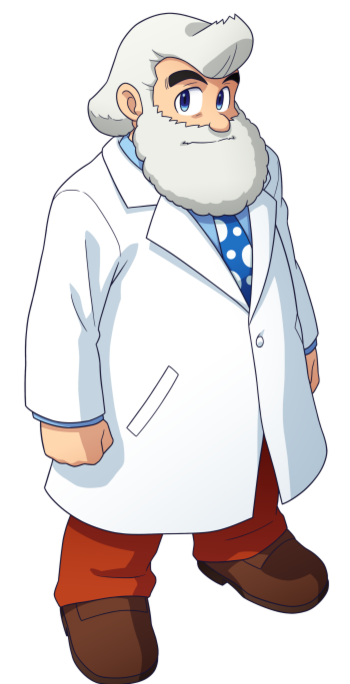 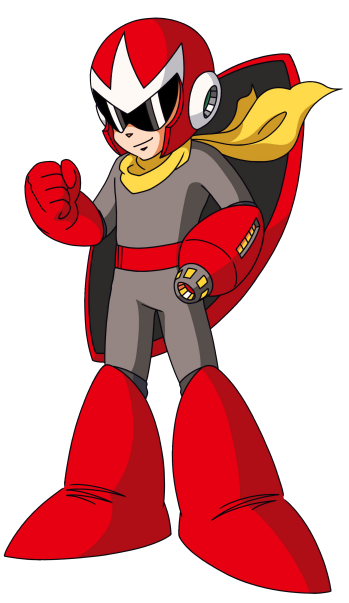 Voiced by: note Jin Yamanoi (Arcade), Urara Takano (JP, OVA) Kaj-Erik Eriksen (EN, OVA), Scott McNeil (animated series), Ryotaro Okiayu (JP), Matthew Meersbergen (EN, 8), Daisuke Kageura (JP, Powered Up, X DiVE), Jonathan Love (EN, Powered Up)
The "prototype" Robot Master created by Dr. Light, and one of the first robots that displayed signs of independent thought. After being completed, an anomaly was discovered in his energy core. Worried that Dr. Light would meddle with his unique programming, he wandered off to die alone. He was found and modified by Dr. Wily, which gave him a new lease on life. He took the role of both a villain and hero over the years, although his most consistent depiction after his Mega Man 3 debut shows that he ultimately helps Mega Man in his own ways.
DLN.002 Roll 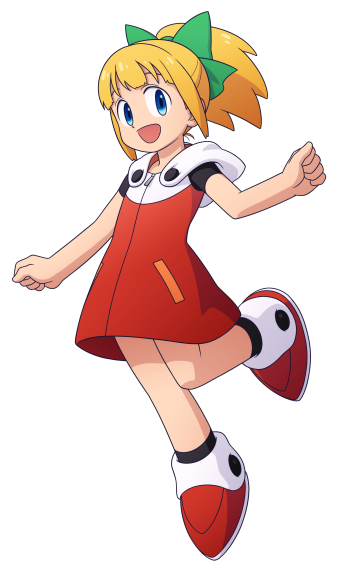 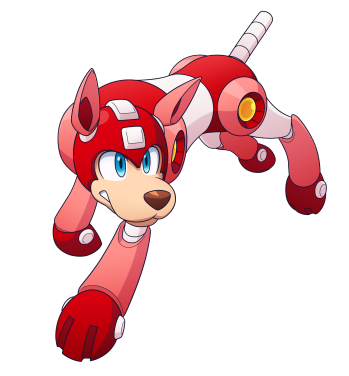 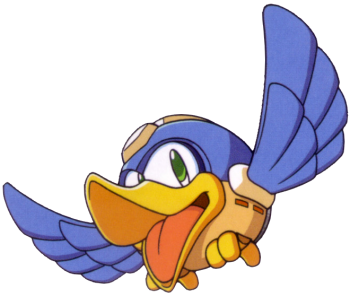 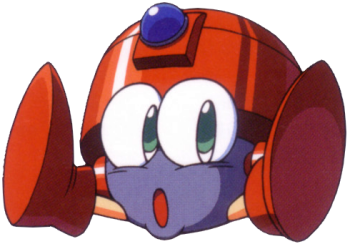 Voiced by: note Katsumi Suzuki (JP, OVA), Paul Dobson (OVA, Ep. 1), Terry Klassen (OVA, Ep. 2-3), Scott McNeil (animated series) Hiroko Konishi (JP, 8), Michelle Gazepis (EN, 8)
Eddie is a small robot who was built by Dr. Light to serve as a walking suitcase. He helps Mega Man by teleporting in to give him power-ups, and occasionally by tossing bombs out of his head. He has a problem with anxiety.
Tango 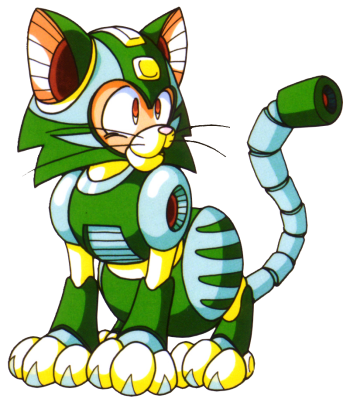 When Mega Man initially failed to defeat the Stardroids in V, Tango the Cat was created to assist him in fighting the robots. His ability is to curl into a spiky ball and charge into enemy robots.
Auto (Lightot) 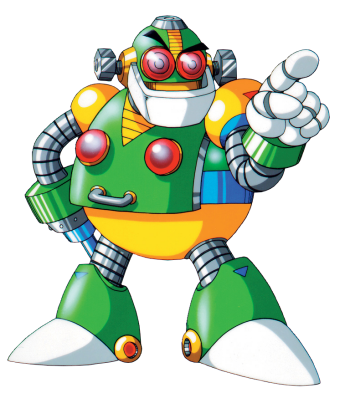