This is a page listing characters in Alien³.

For recurring characters in the entire series, see the main characters page. 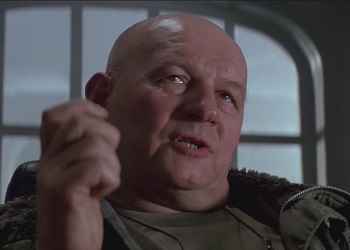 "This is rumor control, here are the facts..."
Portrayed By: Brian Glover

The warden of Fury 161. He often begins his addresses to the prisoners with the line "this is Rumor Control, here are the facts...". Andrews often mocked the prisoners behind their backs, calling them "Dillon's God Squad". He becomes increasingly annoyed with Ripley as she leaves the infirmary, and also takes this frustration out on Clemens, who he has never trusted. 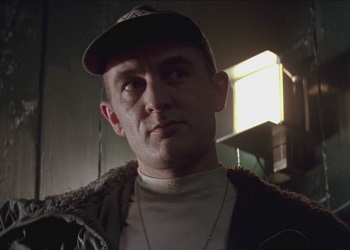 "Don't call me that."
Portrayed By: Ralph Brown

Superintendent Andrews' assistant and serves as a prison guard. He is not a religious man because he believes that so long as he has a job he does not need faith, although he seems to have a lot of faith in Weyland-Yutani. At his arrival, several prisoners catch a glance at his personal file, discovering his IQ is only 85, which they began using as a nickname for him. Aaron will often respond by telling whoever said it to not do so again, but this is always ignored. He usually acts as Andrews' parrot, echoing his opinions without stating any of his own. 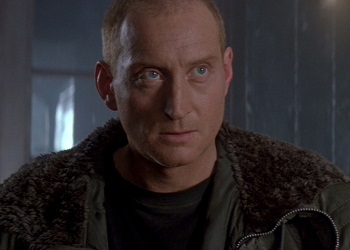 "So, do you still trust me with a needle?"
Portrayed By: Charles Dance
"I really appreciate your affections. But I am aware that they deflected my question. In the nicest possible way, of course."

The medical doctor of Fury 161. When Ripley crashes into the oil sea, he nurses her back to health and begins showing her around. He even starts a personal relationship with her, much to the annoyance of Andrews. 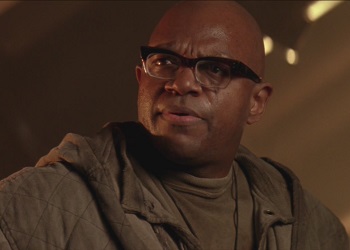 "You're all gonna die. The only question is how you check out. Do you want it on your feet? Or on your knees... begging?"
Portrayed By: Charles S. Dutton

The man who is unofficially in charge of the Fiorina-161 prison, Dillon holds his own against others and manages to take charge when the situation with the Xenomorph goes south. 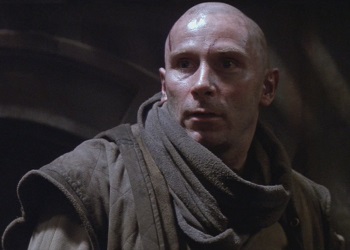 "How about if I sit here on my arse?"
Portrayed By: Danny Webb
"...we ain't got no entertainment center, no climate control, no video system, no surveillance, no freezers, no fucking ice cream, no rubbers, no women, no guns. All we got here is shit!"

A loud and argumentative prisoner. 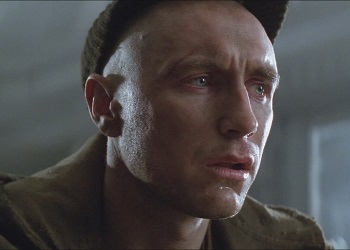 "In an insane world, a sane man must appear insane."
Portrayed By: Paul McGann
"It was a dragon! Feeds on minds. It was- nobody can stop it!"

A strange, unpredictable prisoner who is something of an outcast.

A younger and more silent prisoner, sentenced for aggressive sexual crimes. He is easily recognizable via the teardrop tattoo he has below his right eye and the welding goggles he often wears.

The Runner "AKA The Dragon."

"The Dragon did it! Slaughtered them like pigs!"
Portrayed By: Tom Woodruff Jr.
"I haven't seen one exactly like this before. Moves differently."
—Ellen Ripley

A Xenomorph spawned from a quadrupedal animal.

Portrayed By: Lance Henriksen
"Think of all we could learn from it!"

A Weyland-Yutani executive that the Bishop model was based off of, this Bishop wanted his hands on a Xenomorph